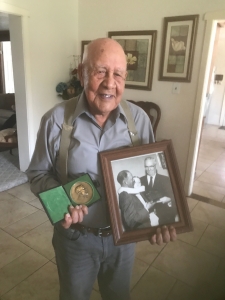 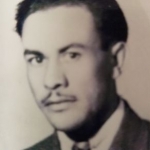 One look at J. Manuel Corral shows a man who has outrun age.

The Socorro resident, hero and proud naturalized American turned 100 on June 15, 2017, though he looks and sounds like someone in his mid-70s.

Randy McKinney has a good idea of how Corral has made it to the century mark, a reason that overlaps with why 57 years ago McKinney lived to see age 4.

“He’s a remarkable, blessed young man,” McKinney said from his home in Conroe. “He amazes me. I do know there’s a reason he’s lived such a great life. I don’t know all of that reason, but it’s his faith, his belief in God. It’s the way he’s lived.”

This article was reprinted with permission. It was originally published in the June 16, 2017 edition of the El Paso Times.