Donald W. Usher helped to rescue Kelly L. Duncan and others from exposure, Washington, D.C., January 13, 1982. Miss Duncan, 22, was a stewardess on a jetliner that struck a bridge shortly after take off and crashed into the Potomac River during a severe winter storm. She and five passengers clung to floating wreckage of the plane 250 feet from the Virginia bank of the river as Usher, 31, police officer, accompanied by another man, flew a helicopter to the scene through adverse conditions. The men dropped a rope to Miss Duncan and lifted her to the bank; they then made several additional trips to the wreckage for the passengers, at one time getting so close to the ice-clogged river that the helicopter’s skids went beneath the surface of the water. Four of the passengers were rescued; the fifth sank with the wreckage. 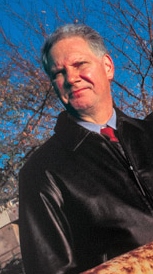