Donald E. Thompson rescued William F. McWhorter II from burning, Los Angeles, California, December 25, 2013. Unconscious, McWhorter, 72, remained in the driver’s seat of his automobile after an interstate highway accident in which the vehicle struck the concrete medial barrier and burst into flames at its rear end. The car stopped adjacent to the barrier. Thompson, 54, off-duty police officer, was driving on the same highway and witnessed the accident. He stopped at the scene, jumped over the barrier, and responded to the driver’s side of the car. Despite significant flames issuing 15 feet from the back of the car and spreading rapidly toward the front, Thompson opened the driver’s door, with difficulty, and, using the opened door as a shield against the advancing flames, extended his upper body inside the vehicle. Heat was intense in the vicinity of the car. Searching for McWhorter’s safety belt release, Thompson sustained a burn to his right hand and arm and retracted momentarily. He reached again, released the belt, and then, moving around the door, grasped McWhorter by the shirt and pulled him from the car. Two other men who had responded took McWhorter over the barrier, and one of them then pulled Thompson over as flames filled the car’s interior. McWhorter required hospital treatment for his injuries, including minor burns. Thompson suffered burns, including second-degree, to his face, arms, and hand, for which he too received medical treatment. Both men recovered. 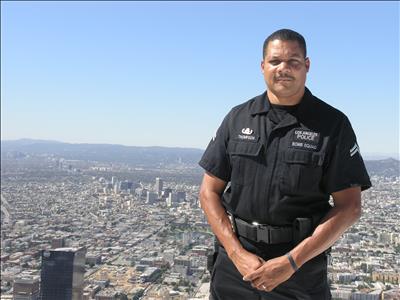