Calindo C. Fletcher, Jr., died after attempting to save Buddy W. Johnson from drowning, Athens, Alabama, July 4, 2015. Johnson, 37, called for help after failing to re-enter a kayak that had overturned at the center of Montgomery Lake. He started to swim toward the bank but submerged and did not resurface. In another party at the scene, Fletcher, 20, removed his shoes and entered the water. He swam toward the point where Johnson was last seen but en route began to struggle. He turned to face the bank, and then he too submerged and did not resurface. Police and firefighters arrived shortly and pulled the men from the water. Both were taken to the hospital, where Johnson was pronounced dead of drowning. Fletcher was transferred to another facility, where he died two days later, also of drowning.

Calindo Cassavette Fletcher, Jr., 20, of Huntsville, Ala., died on July 6, 2015, two days after he attempted to save a kayaker from drowning in Montgomery Lake in Athens, Ala.

Following his death, the school community held a vigil at the football stadium, where he played wide receiver for Buckhorn.

“His actions on July 4, 2015, were a testament of his upstanding character, his giving heart, and his love for all,” school officials stated on social media. “Without a doubt, he loved his BHS family, and we loved him. He was the genuine thing when it came to honesty, integrity, and compassion. His eyes could light up a thousand rooms, and his smile was so contagious you just couldn’t help but feel good when you were around Calindo. A little shy at times, and always polite, Calindo was a beaming light in this sometimes dark world.”

At the vigil, the school’s head football coach, David O’Connor, told a reporter for AL.com that Fletcher was selfless.

“When you have children, you want your child to be like Calindo Fletcher,” O’Connor said.

“It makes us proud as parents,” his mother told television station WAFF after learning about the recognition. “A true hero, and he will always be our hero.”

He was buried at Madison Memory Gardens in Madison, Ala. 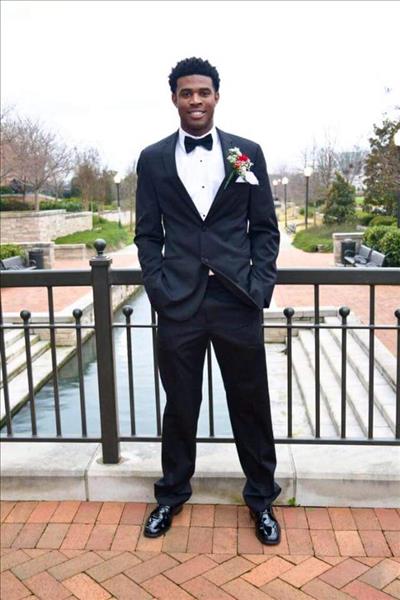