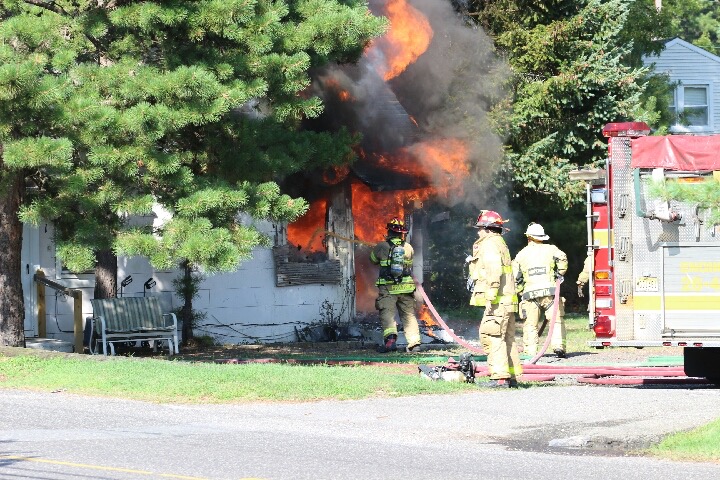 Firefighters in Galloway, N.J., spray a hose on flames at a cabin bungalow July 26, 2018, after Ernest J. Tarsitano helped rescue a man who was inside. Tarsitano, 60, a retired firefighter entered and pulled the man, who was burned, to the doorway, where others helped Tarsitano take him to safety in the parking lot.

Retired firefighter Ernest J. Tarsitano, 60, was driving home when he noticed smoke pouring from a two-room cabin bungalow at a Galloway, N.J., motel July 26, 2018. He stopped at the scene and learned that 72-year-old Roderick R. Cormier was still inside. Despite dark, thick smoke and zero visibility, Tarsitano crawled into the home and searched for Cormier, locating him on the floor, limp, near flames. Tarsitano stood, grasping him, and dragged him while backing toward the door. As he neared the door, others assisted him in removing Cormier to safety. Cormier suffered burns and inhaled smoke and was taken to the hospital. He recovered. Paramedics at the scene treated Tarsitano, who had difficulty breathing and lacerations on his knees. He also recovered.