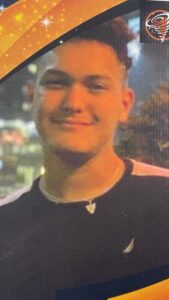 Despite rescue efforts by a crowd of people, 17-year-old Christian Alexander Burgos drowned Sept. 30, 2019, after saving a 9-year-old boy and returning to rough water to save the boy’s mother. The mother and son struggled to stay afloat in rough surf in Biscayne Bay off the coast of Miami, Florida. Upon seeing their distress, Burgos, a Miami student, who was wading closer to shore, swam to them and quickly towed the 9-year-old closer to shore. He returned for the boy’s mom, who was panicking. She clung to him, and he submerged. Others rescued the mother and then beachgoers formed a human chain to bring Burgos to shore, but, by then, he was unresponsive. He died at the hospital two days later.