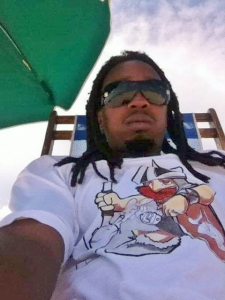 Bruce Maynor, Jr., died April 30, 2017, while attempting to save 10-year-old Jaylen Walden from drowning in Eastpoint, Fla. Jaylen was playing in the Gulf of Mexico when a wave carried him away from shore to deeper water. He called for help. An adult with Jaylen at the beach, Maynor, 29, furniture delivery driver, swam 75 feet to Jaylen.  Reaching Jaylen, the two appeared to struggle and were carried farther from shore. Two others entered the water with a boogie board.  Maynor pushed Jaylen toward shore, and one of the others grasped him and towed him to shore.  The other man swam to Maynor and positioned him on the board, but the rough surf broke the board and separated the two. Maynor drowned.