My grandfather was a recipient of the Carnegie Medal for his heroism. Joseph D’Amato (1882- 1933), immigrated to the United States in 1908, at age of 26, from Popoli, Italy. He settled in New Britain, Conn., married, had a family, and worked at the gas-making plant, Stanley Works, as a gasproducer operator. The plant converted coal to gas which was used for the heat-treating of metals. Stanley Works was the largest company in the city; they made many types of hand tools, including levels, squares, and planes.

On June 3, 1933, my grandfather died attempting to save the life of a co-worker who had entered an underground chamber in the gas-making plant, for an unknown reason. The worker, Michael Kalnik, was overcome by carbon monoxide and lay in the ashes 7 feet below ground level. My grandfather immediately entered the chamber through a 14-inch manhole and descended the ladder to Kalnik. He raised and carried Kalnik on his shoulder up the ladder, calling to a workman to hurry and pull Kalnik out. The workman grasped Kalnik’s hand and pulled him to the opening. My grandfather was then overcome with carbon monoxide and fell into the ashes. The workman lost his hold on Kalnik, who also dropped to the ashes. The workman yelled to Parker Wheeler Fairbank, the electrical superintendent, who was able to place a hook in Kalnik’s clothing and drag him up. Fairbank then entered the producer and hooked a rope around my grandfather who was pulled out by the men at the top. My grandfather could not be revived. Kalnik was revived but died four days later from pneumonia and carbon monoxide poisoning. Both my grandfather and Mr. Fairbank were awarded the Carnegie Medal.

Following my grandfather’s death, my grandmother, Mary D’Amato, received the Carnegie Medal which was posthumously awarded to her husband. The bronze medal has an engraved picture of Andrew Carnegie on one side. The reverse side of the medal has an engraved verse from the Bible, “Greater love hath no man than this, that a man lay down his life for his friends” (John 15:13). She also received a stipend of $60 per month from the Carnegie Hero Fund to care for herself and her children.

When the Hero Fund was created in 1904 by Andrew Carnegie, it had a trust of $5 million. He established the fund to recognize people who performed extraordinary acts of heroism. The requirements state, “These candidates must be a civilian who voluntarily risks his or her life to an extraordinary degree while saving or attempting to save the life of another person. The rescuer must have no full measure of responsibility for the safety of the victim.”

The Carnegie Hero award is based solely on someone stepping in to save someone from danger or death.

My family is very proud of my grandfather’s legacy. His action to enter the chamber without hesitation, trying to save his co-worker’s life, was truly a courageous deed. The Carnegie Hero award helped provide financial support for the family he left behind and recognize Joseph D’Amato’s heroism. 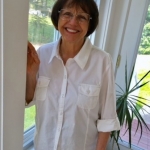 Carolyn Schiavo returned to community college after her retirement from nursing and wrote this essay for her first English class at Bristol Community College in Taunton, Mass. She said she is interested in family history and hopes to write short histories of family members to pass on to her grandchildren.