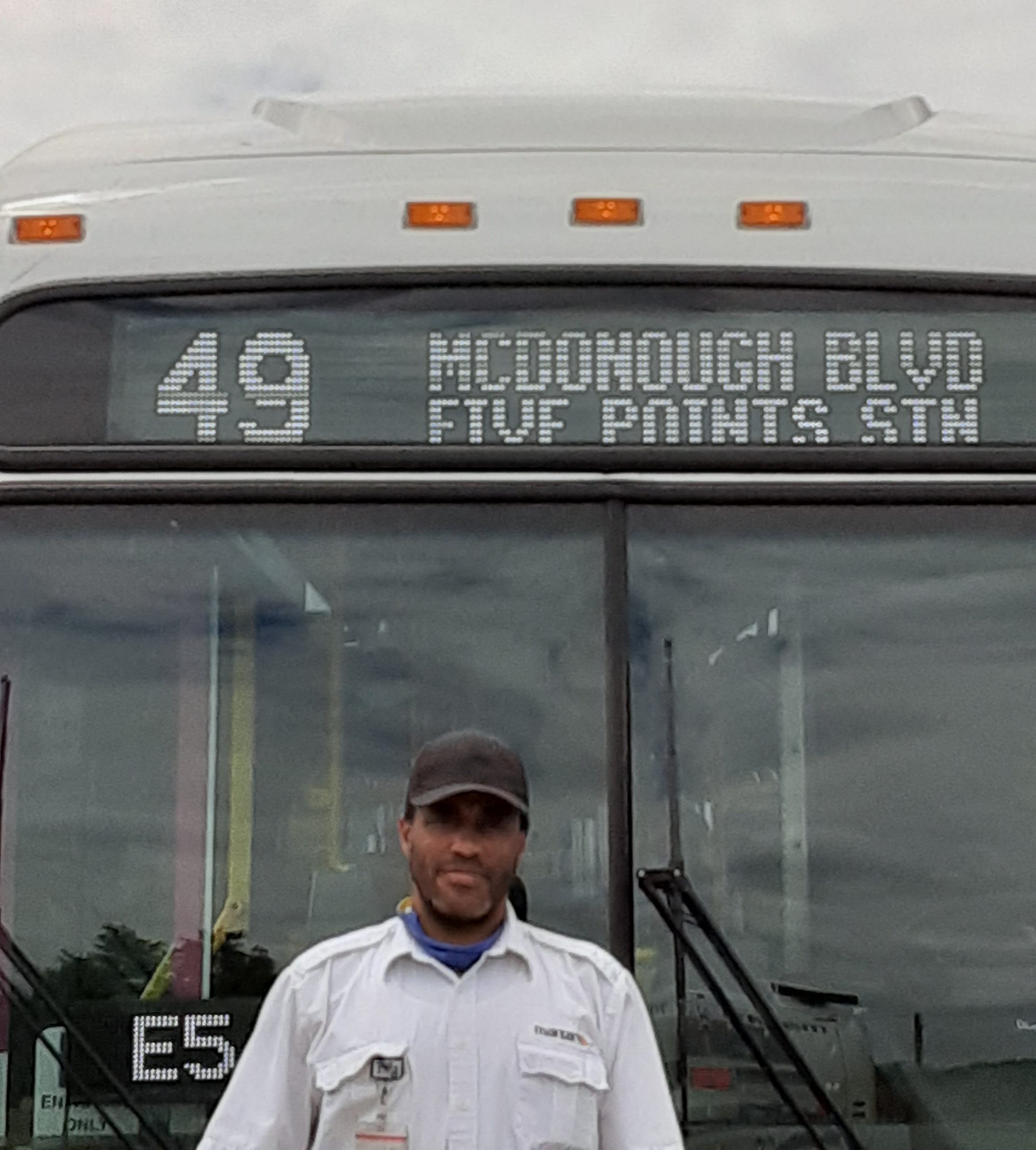 On Sept. 9, 2018, Terri L. Bradley, 63, was stabbed by a man armed with a kitchen knife while crossing the street in an Atlanta neighborhood. Winston S. Douglas, 52, of Hapeville, Ga., was driving a transit bus when he witnessed the attack and immediately stopped the bus. He called for the assailant to stop, but the man continued to attack Bradley. Douglas grabbed a 4-foot length of fence post from a nearby construction site and advanced to the assailant while swinging the post, striking the assailant at least once in the ribs. The assailant attempted to strike Douglas with the knife and then thrust the knife at Bradley again. The blade of the knife broke off, and the assailant fled as Douglas chased him. Another man working nearby tackled the assailant. Douglas joined the other man and the two struggled to subdue him. Douglas and the other man were ultimately able to restrain the assailant and hold him until police arrived. The assailant was arrested and charged with various offenses including aggravated assault. Bradley was hospitalized for several days for treatment of her stab wounds, and she recovered.