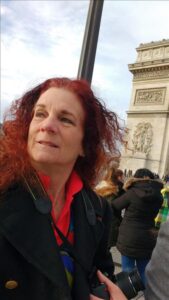 After a man wielding a pump-action shotgun shot through the locked, front door of an Annapolis, Maryland, newspaper office and shot a sales assistant, severely wounding her, he proceeded toward the back of the office. Eleven employees were working June 28, 2018, and several people took cover under their desks. Sixty-five-year-old reporter Wendy Winters of Edgewater, Maryland, grabbed a plastic garbage bin and recycling bin and left her desk area and charged toward the gunman, telling him to stop. The assailant shot Winters in the chest and then proceeded deeper into the office where he fatally shot three others. Two others fled, and although the assailant shot at one, he missed. The assailant hid under a desk until police arrived. Four others hid under their desks for the duration of the ordeal. Winters and the sales assistant died from their gunshot wounds.