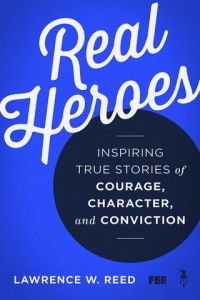 Just for a moment, imagine a world without heroes.

There would still be lots of good and decent people, mixed in with the bad and the rotten, of course. But it would be a world where the good and decent were otherwise unremarkable. No stand-outs, the differences between us being muted enough that no one would rise very far above the crowd.

A world without heroes could actually be much worse than humdrum. The anti-heroes just might take charge. In the absence of any who would speak truth to power no matter the consequences, the anti-heroes could make life almost unlivable for the rest of us.

We need heroes. They raise our standards and make us all better people. It’s not enough, though, to simply need them. We must value them. We must recognize them and impart to others the lessons that their heroic deeds teach. I would like nothing better than for heroism to become so common as to be the norm, not the exception.

Courage is a common thread because heroes are rarely, if ever, timid and retiring. If a hero has to stick his neck out to get a job done, he does it. He ventures forth in ways and directions the less-brave will not dare. In so doing, he or she provides an uplifting example. “Courage is contagious,” evangelist Billy Graham once said. “When a brave man takes a stand, the spines of others are often stiffened.”

Heroes possess traits of character that define what “a better world” really means— traits like honesty, humility, personal responsibility, self-discipline, inventiveness, entrepreneurship, vision, compassion, optimism. And the heroes I most enjoy writing about are men or women who stand not for what they think others will fall for, but for principles they value because those principles are sound and right.

Heroes exhibit courage, character and conviction—to varying degrees, to be sure— not for one brief moment when an emergency arises but as a part of their very make-up. For every one big deed a hero is widely known for, he or she quite often is busy performing many small ones too, sometimes known only to himself.

Great movements, countries, moments and achievements are marked by heroic individuals. Perhaps in our midst are a great many other heroes we ought to be learning about and be inspired by. Are you looking for them? When you come upon one, do you thank them?

Who doesn’t yearn for a world where at least some people live their lives as fine examples of heroic character? Fortunately, a world without heroes is neither the one in which we live nor one to which we should aspire. 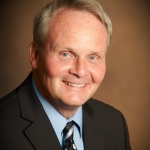 This article was reprinted with permission. It was originally posted July 21, 2017 on The Newnan Times-Herald website, times-herald. com. Lawrence W. Reed, a resident of Newnan, Ga., is president of the Foundation for Economic Education in Atlanta. He recently published the book, “Real Heroes: Inspiring True Stories of Courage, Character and Conviction.”