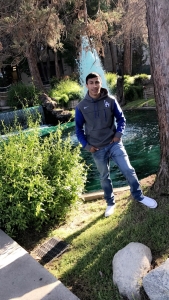 A 22-year-old family friend jumped into the 60-degree Kaweah River in Sequoia National Park after 5-year-old Vincent Gonzalez, who had fallen in during a June 23, 2018, family outing. Fully clothed, Victor Mozqueda, a driver from Newhall, Calif., who could not swim, submerged with Vincent. They resurfaced and witnesses said Mozqueda kept Victor afloat. Vincent’s parents and others entered the river, but could not help Mozqueda or Vincent, who eventually separated. The current brought Vincent near the bank, where he was removed from the river. A fisherman at the scene performed CPR, and Vincent was flown to a hospital where he recovered. Mozqueda drowned.