In summer 2018, the Carnegie Hero Fund Commission offered two individuals the opportunity to intern with the Commission throughout the summer. Interns Abby Brady and Lauryn Maykovich delved into communicating through social media outreach, preparing cases for the meeting of the Executive Committee, and assisting in planning and executing the Power of One event, honoring the Commission’s 10,000th and 10,001st Carnegie Heroes. It is clear that their time with the Commission has impacted each in a significant way as they reflected on their experience. 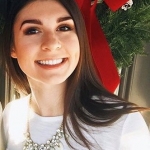 As a Cincinnati native, I had been to the Pittsburgh suburbs to visit old neighbors as I was growing up, and as I was beginning high school, attended a family wedding on Mt. Washington. I was drawn to the opportunities Pittsburgh had to offer.

When I came to the city four years ago to begin my undergraduate studies at the University of Pittsburgh, I was intrigued by the wide-ranging impact of industrialist and philanthropist Andrew Carnegie. As a student, my tuition covered access to the library, natural history museum, and art museum, all bearing his name. Within a five-minute walk, I was able to experience a sliver of the continuous impact Carnegie’s dedication to arts and education has had during the past century.

As a lover of history, I was drawn to the Art History and Museum Studies program at Pitt. In nearly all of my classes, there were occasions when lecture was held at the art museum. The hands-on learning I was lucky enough to experience is a result of Andrew Carnegie’s steadfast influence.

Before graduating in April, I began exploring opportunities that would allow me to further develop the writing, research, and digital media skills, central to my major. I stumbled upon this internship. I was fascinated by the longevity and success the Fund had endured since its founding in 1904. In addition, I was amazed by the number of awardees and the Commission’s dedication to remaining present in the lives of their families.

Admittedly, I often catch myself feeling discouraged by stories I hear on the news or doubtful of the actions and demeanor of individuals in the media. However, I am inspired by the brave and selfless acts of Carnegie Medal awardees. Their stories provide hope, optimism, and confidence in the resolute human tendency to rise to the occasion, despite dangers and risk to their own lives. Throughout this summer, I am eager to continue learning about individual heroes and assist with the various outreach efforts of the Commission.

The theme of optimism and good-natured humanity projected by each and every Carnegie hero’s story is a similar key point that appeared striking to both interns during their time with the Commission. 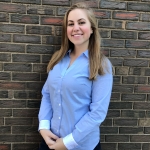 There are millions of reasons to be positive. I have always been a firm believer that positivity is one of the most important attributes; it is also one of the most rewarding qualities an individual can spread.

Since I was young, I have been known for my sheer optimism. It is simple for me to see the good in every situation. As a student, I volunteered my time with organizations such as Salvation Army, Soles for Souls, and several other community efforts. My friends would often refer to me as “a ray of pure blonde sunshine” or “annoyingly happy.”

As I learned about this personality trait, my affinity to help express positivity to others grew. This innate feeling is part of what pushed me to pursue a degree in journalism and multi-media arts at Duquesne University. There’s nothing quite like the feeling when I see a person react to a video I have created to increase body positivity or see remarks of how my written words impacted others in an encouraging manner. Being fortunate enough to help others is invaluable to me.

When I first learned about the Carnegie Hero Fund Commission, I became enthralled. Recognizing individuals for their acts of civilian heroism and bravery is an incredible opportunity to highlight and strengthen the positivity in human nature that still exists but can, at times, be clouded. When I began working hands-on for the Commission, I have never been more passionate about the tasks I was executing, and never felt more at home with the friendly staff.

Throughout my time as an intern here, I continue to find myself enraptured in each and every act that a Carnegie hero performs. Whether a wagon rescue from years past or a water rescue that occurred just last year, there is a specific quality to genuine goodness that captivates me. Additionally, I have acquired more knowledge about Andrew Carnegie and his generous principles than any history book could ever teach me.

Here, I have been able to personally experience his legacy and influence, yet, more importantly, I have been able to participate in the continuation of preserving them. Being blessed to have the opportunity to apply my academic knowledge and skills to honor such selfless individuals, such as Carnegie Heroes, and their acts of courage is an opportunity that will humble me forever.