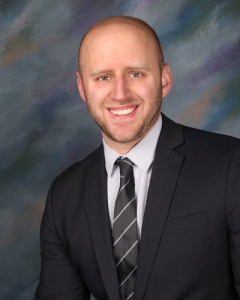 Stephen Anthony Eberle and James R. Carroll saved Shelton T. Smith from a burning vehicle July 16, 2017, after a nighttime accident in Middletown, Conn. Passing motorists Eberle, 31, power station electrician of Ivoryton, Conn., and Carroll, 65, teacher’s aide of Middletown, responded to the car, which had caught fire on the highway with Smith, 38, who was unconscious, inside. Using a tire iron, Eberle broke out the rear, driver’s-side window, opened the rear door, and entered the backseat, where he attempted to release Smith’s seat belt. Unsuccessful, he moved to the driver’s door and broke that window. Carroll then forced the door open, and held it open as Eberle twice attempted to enter the car there and release Smith’s seat belt. Carroll then attempted to do the same, but each attempt was thwarted by heat and fire, about 2.5 feet away from them. Carroll then used a pocketknife to cut the seat belt, and together they grasped Smith and tugging hard, removed him from the vehicle and dragged him away. The car was shortly engulfed in flames. Smith was treated for minor crash injuries, but was not burned.