Long and faithful service by two members of the Commission was recognized at its 112th annual meeting in June 2016.  Board chair Mark Laskow, shown at left in both photos, gave framed resolutions to Frank Brooks Robinson, left photo, to cite his 50th anniversary with the Hero Fund and to Thomas L. Wentling, Jr., to cite his 25th.  Robinson was elected to the board in 1966 and over the course of the following half-century, a tenure reached only once among his predecessors, served terms on the Commission’s membership committee, of which he was chair; the finance committee, which he joined in 1988 and on which he continues to serve, and the executive committee, on which he has long been active.   Wentling was elected in 1991; was named to the finance committee in 1993, and assumed the title of chair of that committee the following year, an office he continues to hold.  Always a member of the executive committee, he became its vice chair in 1993 and remains in that position.  Wentling also heads the audit committee and is the Commission’s compliance officer. 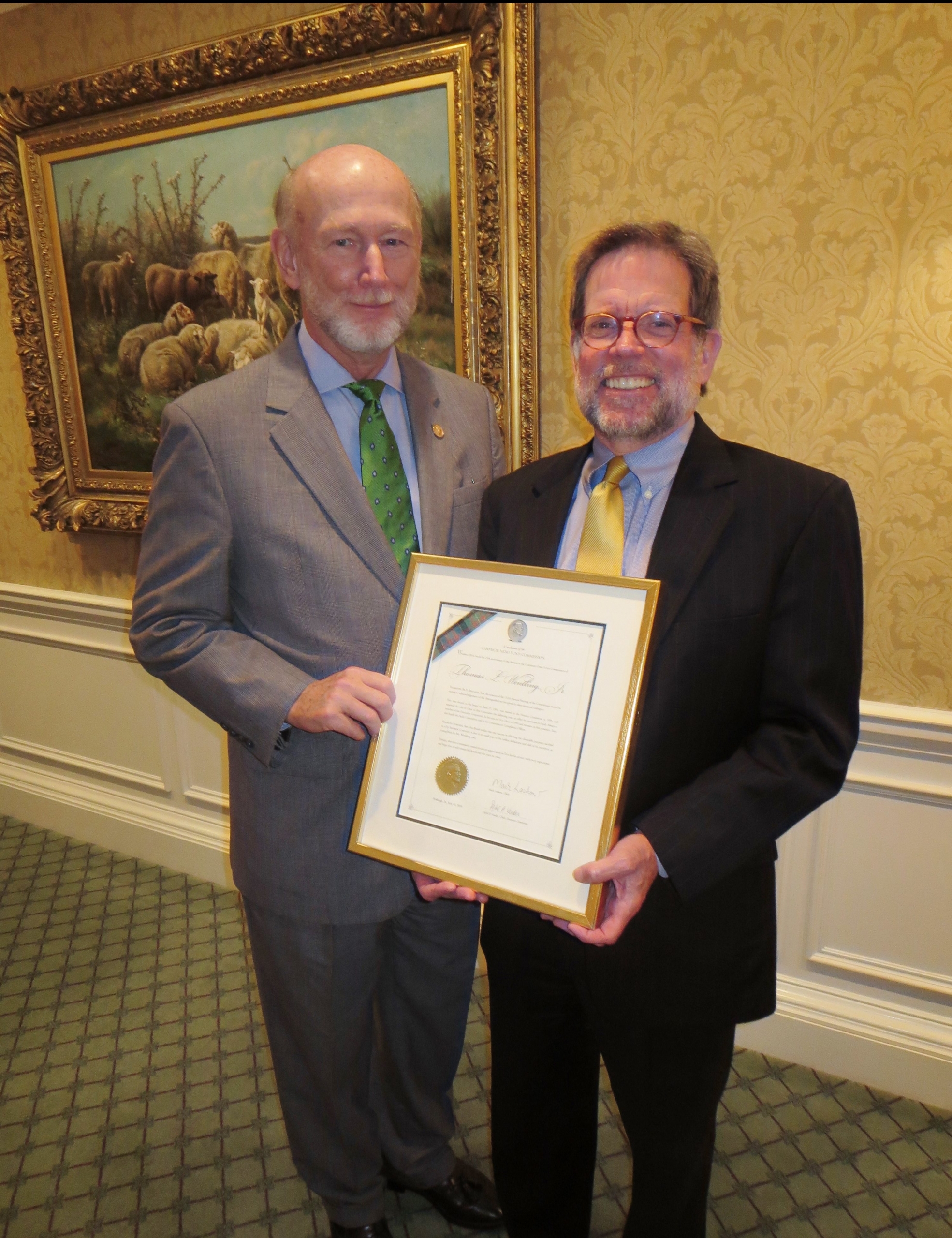