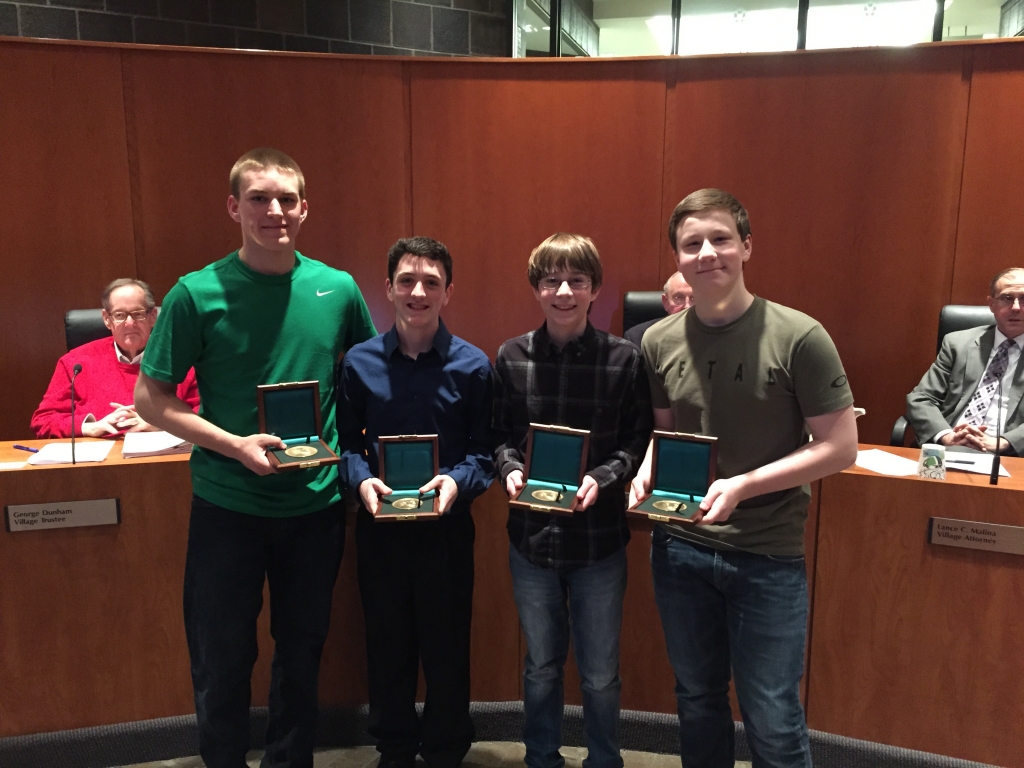 Four recently awarded heroes were honored in front of family members and community leaders at the Schaumburg, Ill., April 14 Village Meeting.  Tyler T. Fredrickson, 15, Matthew I. Grammas, 15,  Graham W. Fath, 12, and Colin D. Fath, 15, helped to save James P. and Ryan J. Elenz from drowning in Oglesby, Ill., on June 28, 2013.  Elenz, then 45, and his son Ryan, 10, were rafting on the Vermilion River, when their raft became caught in the rolling boil of water at a low-head dam.  The boys navigated their raft to the dam and took Ryan onto their raft, before their raft was also caught in the water.  The boys worked to free the raft but could not. Two kayakers approaching the scene threw one end of a line to the boys from the bank and pulled the raft to safety.  The four  boys were awarded their medals at the September, 2014, meeting of the Hero Fund’s board.  The four boys live in Schaumburg.