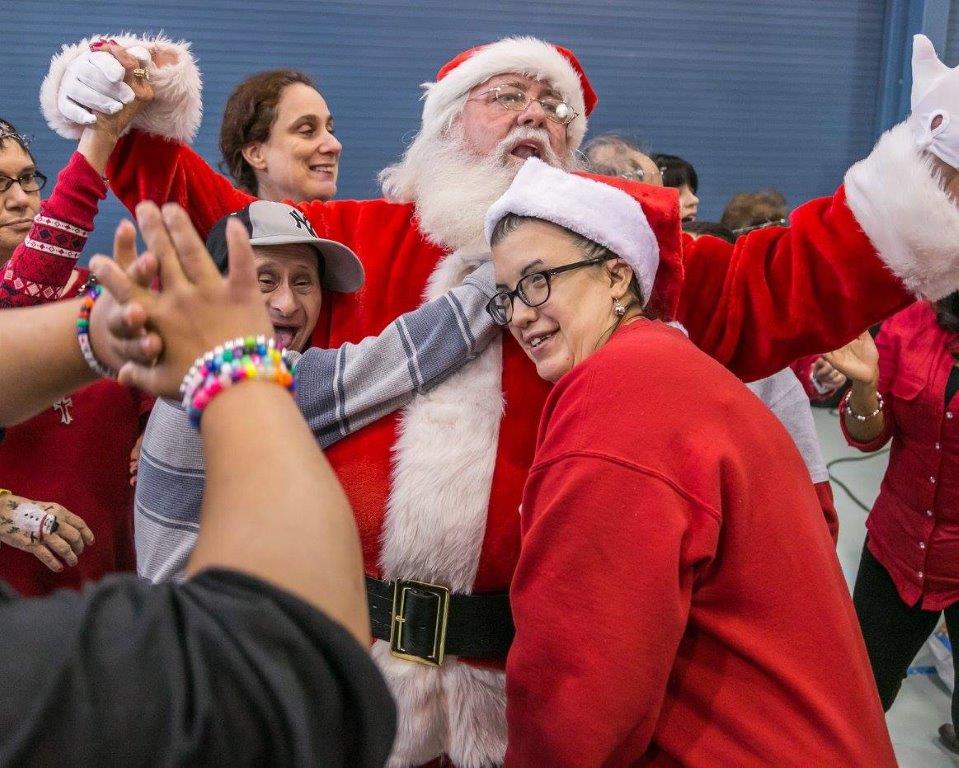 Dennis Francis Keefe played Santa Claus of a sort on Christmas Day 1974 when he gave the precious gift of rescued lives to a Bronx, N.Y., family.  It’s 42 years later, and the Carnegie Medal awardee of Lincroft, N.J., is firmly established in his “retirement career” of playing Santa Claus throughout the greater New York City area, his stage extending into parts of New Jersey and Pennsylvania.

He’s got the bona fides:  Physique, white beard, and bright blue eyes aside, Keefe, 66, has an associate of arts degree in “SantaClausology” from the International University of Santa Claus, and he is a certified member in good standing of the International Brotherhood of Real-Bearded Santas.  Though having sported a beard through most of his adult life, the Santa identity came fairly recently, when Keefe and his wife were visiting Disney World with grandchildren in 2013.  Some of the Disney characters took note of him, telling the crowd, “Now we know where Santa Claus goes on vacation!”

“The kids all stared at me,” Keefe said, launching him into his current avocation.  Back home, he bought a Santa suit that November and made his debut at a soup kitchen.  Since then, he has linked up with Holiday Express, a Tinton Falls, N.J.,-based non-profit, non-sectarian organization that works year-round to deliver music, food, gifts, and human kindness to those in need, including the mentally and physically disabled, the isolated, individuals in recovery programs, the poor and homeless, and children with illnesses.

During the 2016 holiday season, 1,600 Holiday Express volunteers, including professional singers and musicians, participated in 90 events, and the goal is 100 for 2017.  Keefe worked 13 of the shows, entering to a drum roll to greet and give gifts to his audience.  Having completed its 24th season since being founded in 1993 by Tim McLoone of Little Silver, N.J.,  Holiday Express has a constituency of more than 24,000 throughout the tri-state area, for whom shows are given in developmental centers, schools for those with special needs, children’s and psychiatric hospitals, recovery and shelter residences, and other venues.

“The kids all want to hug me,” Keefe says.  “It’s so much fun being Santa Claus.”  He credits his success to a mentor, family friend Charles “Chick” Roemmele of Highlands, N.J., who has played Santa for Keefe’s own family for 30 years.  Keefe and his wife have four daughters and seven grandchildren.  A Vietnam Vet, Keefe retired last year after a 38-year career as a locomotive engineer for Conrail and Amtrak.  Wearing his Santa cap on the job and waving to those the train was passing was not unusual for him.

Keefe was awarded the Carnegie Medal in 1976 in recognition of his heroic act two years earlier.  It was late in the afternoon that Christmas Day, and Keefe, then a 23-year-old college student living in Staten Island, N.Y., was driving in light traffic on Bruckner Boulevard, Bronx, accompanied by his mother and three younger siblings.  Ahead of them was a two-door car containing a couple and seven children, aged 4 to 15.  The sedan suddenly swerved sharply, overturned onto its top, and slid along the pavement, flames appearing at its rear end.

Keefe stopped at the scene and approached the burning vehicle, the driver of which by then had exited and removed one of the children through the passenger door.  Despite gasoline flowing from the then-elevated fuel tank and burning under the vehicle, Keefe reached through the opened door and removed another of the children.   He and the driver then alternated in removing the remaining children as flames were spreading inside the vehicle, at one point Keefe’s jeans catching fire.  None of the children was burned, but the couple required hospitalization for treatment of second- and third-degree burns.  Keefe was also hospitalized, as he had inhaled hot air and sustained burns of up to third-degree to his face, hands, and a knee.  He fully recovered.

In addition to the Carnegie Medal, Keefe received other awards, some including financial grants, and, true to the latent Santa Claus in him, Keefe gave the money to the family he helped to rescue.  He cherishes his Carnegie Medal, once handing it to Cardinal Timothy M. Dolan, Archbishop of New York, at a church function.  “He blessed my medal,” Keefe said, “and if he ever becomes pope I’ll find a way to get it blessed again.”