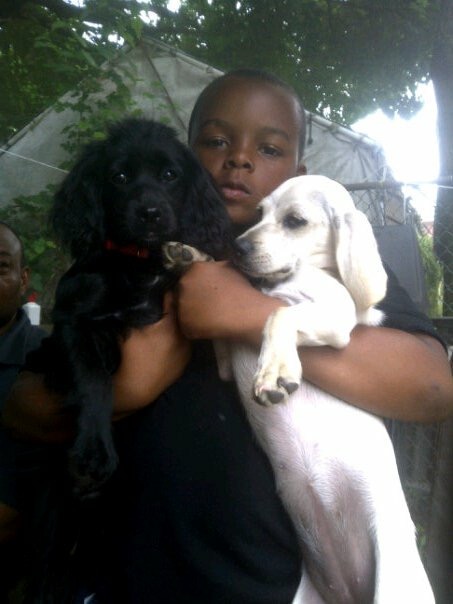 Sanford Harling, Jr., 58, who required the use of a walker, was on the second floor of his family’s duplex unit after fire broke out in the living room, on the first floor.  He alerted family members, including his son, Sanford, 12, student of Norristown, who then fled the structure, but flames grew to block Harling’s access to the first floor.

Indicating to those outside the rear of the house that he was returning for his father, Sanford re-entered the structure through its back door.

Harling, meanwhile, went to a second-floor window on the side of the house and dropped from it to the ground, which was grassy there.

When conditions permitted, firefighters entered the house and found Sanford on the first floor.  He had died of smoke inhalation and thermal burns.

Carnegie Medal presentation to the parents of Sanford Harling III

“When you think of courage, what do you think of? I think of four words: fearless, heroism, bravery, and boldness. These four words describe Sanford for he exemplifies the meaning of courage,” said Council President Valerie Scott Cooper. “His selfless courage is an example of family love.”

“We feel really honored to be able to receive this award in honor of Sanford. This is something that will remain in our hearts,” Harling said. “Our son was already labeled a hero, but now he’s officially a hero in history.”