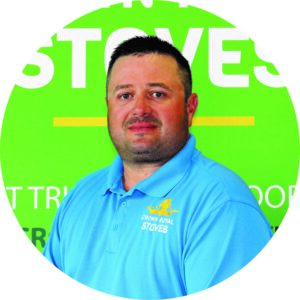 After a May 14, 2019, accident in which her SUV left the road and crashed into woods in Birchdale, Minnesota, 74-year-old driver Janet F. Mart was trapped inside the car as it burned. Trees and brush blocked the car’s front doors from opening, as flames on the outside of the car grew and spread. Driving nearby, 36-year-old sales manager Ryan D.A. Horne, of International Falls, Minnesota, spotted the flames. After trying to open the vehicle’s driver-side doors, he opened the rear hatch and entered the vehicle, climbing into the cargo area and then the back seat. Mart extended her arm between the front seats to reach for Horne, who pulled her into the backseat and ultimately out of the vehicle. Flames grew to engulf the car, heat causing the tires to pop as Horne helped Mart away from the car.