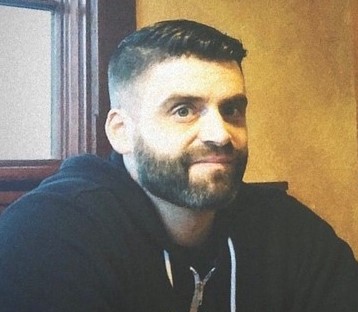 Following a Feb. 6, 2019, multi-vehicle accident on a highway in West Bridgewater, Mass., the driver of a sedan, 45, and his three passengers, 27, 36, and 46, remained inside the car as fire broke out at the sedan’s rear. Ross Dugan, 38, lineman of Fairhaven, Mass., responded to the scene. Unable to open the car’s doors, he broke out the front passenger window. Extending his head and arms through the window opening, Dugan grasped the front passenger under his arms and pulled him free of the vehicle. The driver and one of the back seat passengers moved to the window and Dugan removed them one by one. Flames by then had entered the back seat area, and Dugan retreated for air. As another man discharged a fire extinguisher into the sedan’s rear interior, Dugan yelled at the 46-year-old passenger in the back to come to the front window. The passenger moved to the front, passenger seat, and Dugan and the other man each grabbed an arm and pulled him from the vehicle. Flames quickly grew to engulf the interior of the vehicle. The 46-year-old passenger, who suffered severe burns, was transported to the hospital, as were the other passengers and driver. Dugan suffered burns to his hand and face, and also received hospital treatment. He recovered.