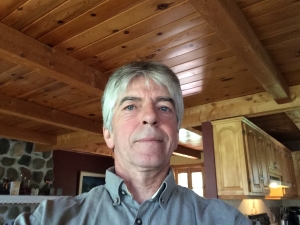 At night, Mercier, 78, remained inside the car he was driving after it had left the road near a curve, went down an embankment, and overturned. A fire started at the front end, and Mercier ended up in the trunk. Damage to the car’s rear end near the trunk included a small opening.

A passing motorist, Roy, 55, electro-mechanical technician of Sherbrooke, stopped at the scene, approaching Mercier’s car, where flames prohibited possible entry at the front doors. Unsure if anyone was inside the car, Roy called out, and Mercier responded. Roy reached through the hole, but it was too narrow for him to enter further. A rear tire then exploded, causing Roy to step away.

Seeing Mercier’s head and arm emerge through the opening, Roy returned to the car, grabbed the free arm and pulled, pressing his foot against the car for leverage. Through continuous pulling, Roy freed Mercier, who was taller and heavier than him.

Roy then dragged Mercier away from the car before flames spread to consume it. Mercier was hospitalized for treatment, but he was not burned.