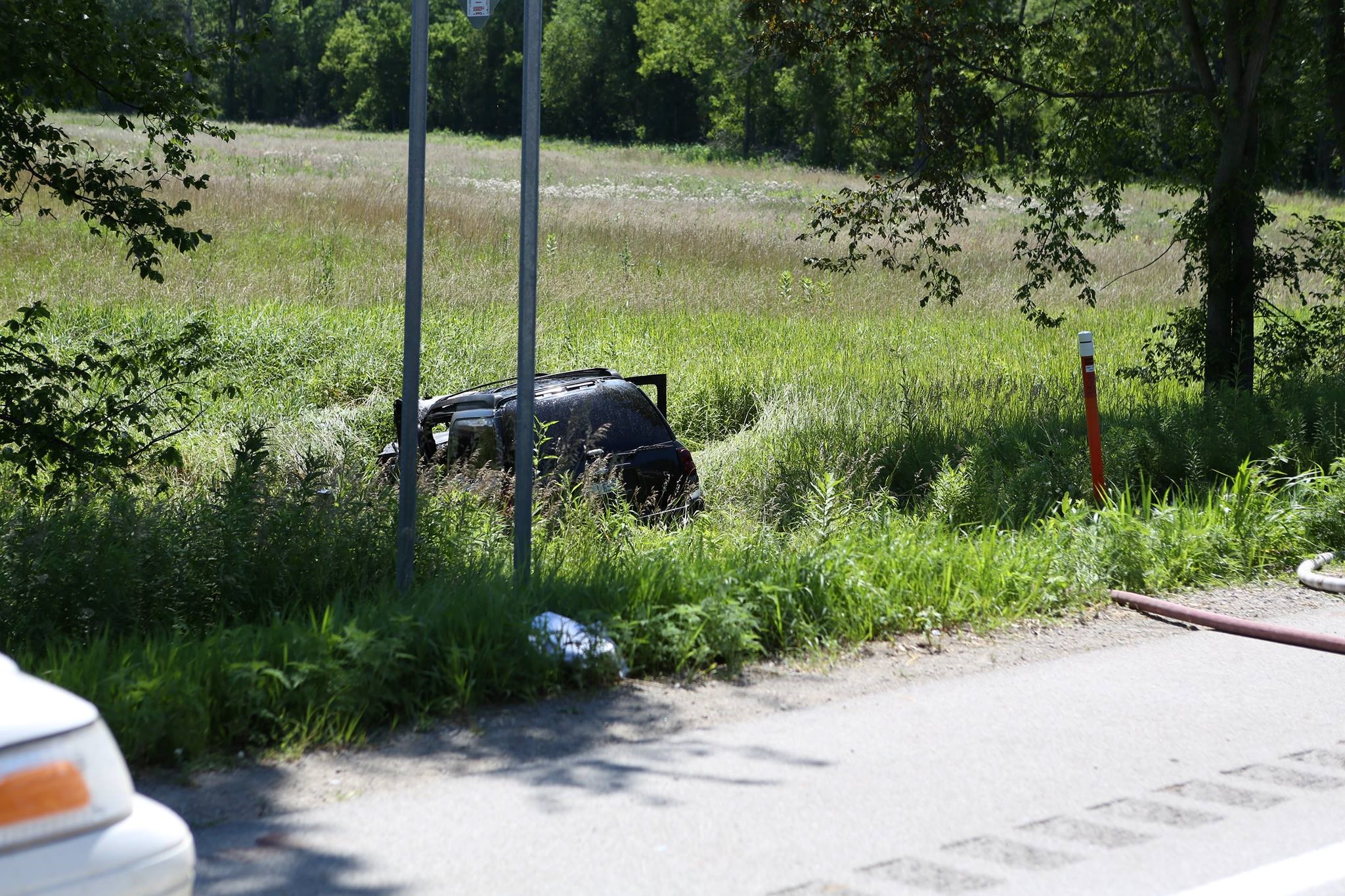 Badly injured and unconscious, Makula, 25, remained in the driver’s seat of a sport utility vehicle after it was involved in a head-on collision, left the roadway, and began to smoke in its engine compartment.

Traveling on the same highway, Trivette, 67, retired truck driver of Metamora, Ohio, witnessed the accident and stopped at the scene. He responded to the sport utility vehicle, where he aided the three children in Makula’s care through a window and directed them to safety.

Flames were breaking out in the vehicle’s engine compartment as Trivette then tried to open its driver’s door, but the door was jammed.

Holtz, 35, business operator of Sand Creek, Michigan, responded about then from a job site nearby. Obtaining fire extinguishers from his truck and other motorists who stopped at the scene, he and Trivette fought the flames, but to limited effect.

As Holtz was unable to open the burning vehicle’s doors, he returned to his truck for a large wrench, which he used to break out the windows of the vehicle’s front doors.

With flames growing and spreading on the front of the vehicle, Holtz leaned through the window opening of the driver’s door and cut Makula’s safety belt. He and Trivette then worked to force that door open partially, after which they reached inside the vehicle, grasped Makula, and, pulling her free, carried her to safety, flames beginning to enter the front of the passenger compartment.

Makula required hospitalization for treatment of severe injuries, but she was not burned. Holtz recovered from minor burns to his hands and arms.