Editor’s Note: Carnegie Hero Phillip DeEvans Bretz was awarded the Carnegie Medal in 1993 for the rescue of Frederick A. Garbutt, 28, whom he pulled from a burning vehicle Aug. 14, 1992, in Anza, Calif. He submitted this essay to imPULSE anonymously, but as it is against policy to publish anonymous works, he reluctantly agreed to identify himself. His essay has been edited for grammar, style, length, and clarification. 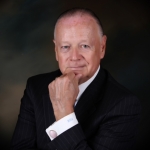 In my almost 72 years on this planet, I have come to realize certain things about the human experience. One of these is that whenever a person is awarded the Carnegie Medal, it becomes a personal, life changing event. When I was awarded the medal in 1993, four people out of the 20 were awarded it posthumously. I felt like I should have given the medal back as I hadn’t done enough.

In my caring for people throughout my medical career, I was fortunate enough to meet and care for Medal of Honor awardee Mitchell Paige and his family. Meeting Col. Paige was something very special. You just sensed the importance of this man, that somehow this encounter was very different. That is, this man was ready to lay down his life acting to protect his fellow soldiers. We’ve all heard the quote, “no greater love has a man than to lay down his life for another.” But when time comes to actually live up to that, how many people are actually prepared and understand the potential consequences (meaning death to yourself)? How many would actually do it? It’s the whole ballgame, everything is over for you if you don’t make it. It’s over for you, your family, your friends, your work, aspirations, and hopes are all gone in a heartbeat. By the time you’ve reached my age, you have buried a lot of people, and you know the finality of death. Everything the deceased was working on comes to a halt and remains forever incomplete. I wonder at times how rare Carnegie awardees are in a world where many people can’t commit to a full day’s work let alone their lives ending just to help another who you might not even know. The character showed by Carnegie awardees is the very definition of character, courage, and commitment.

In my career as a surgeon, I had reached a level where I thought I had tasted rarefied air, but I had no idea what rarefied air was until that fateful day when we looked evil in the eye, and evil lost, Aug. 14, 1992. That was the day I did not allow Fred to die in a fiery crash. Throughout the years I have often wished I could go back to those precious moments where was caught up in saving Fred. While he sustained third-degree burns, I, right next to him, was allowed to move, in slow motion it seemed, around that fire. It was just like the movie Backdraft (1991) when the fireman had the fire come up and seemingly talk to him. Without a doubt it was the most exhilarating moment in my life, looking eternity in the face.

My father was killed in a work-related accident when I was 12, and Fred’s father had died in the same kind of crash. With my family watching a few feet away, if both Fred and I hadn’t made it out, it wouldn’t have been good. We were “all in,” as the saying goes. When they hear the story, many people have said that I acted without knowing what I was doing. No, not at all, as a surgeon I knew exactly what I was doing. If I hadn’t have acted in the manner I did, my dad would have turned over in his grave.

Just before I entered the burning vehicle from the rear window, as I took a deep breath (I was a swimmer in high school and college), I had the sense that not only was Jesus not going to let me die that day, but, perhaps, I was the chosen one to be there at that very spot at that moment in time. While not a trained rescue member, such as a firefighter, a surgeon is confronted daily for decades with life and death scenarios in the operating room, which involve split-second decisions that no one else can make. So maybe I had the edge on the fire.

My wife said that this piece must have been difficult to write since I call these awardees such special people, and I apparently am one. It’s like being between a rock and a hard place. The word needs to get out (since we are inundated daily with horrific events), but no one can adequately express what occurred except for the actual heroes themselves. Like all these awardees we don’t walk around with our chests stuck out. The experience is carried inside. If someone wants to know about it, fine, otherwise boasting in any respect just isn’t on the agenda. It’s hallowed ground. But I have often thought there should be an annual meeting where we can just share our feelings among ourselves. I want to know their personal thoughts. Perhaps in the future we can.

If you are ever fortunate enough to meet a Medal of Honor or Carnegie (Medal) awardee, you know all there is to know. That is, when the chips are down their true character came through in an instant overshadowing everything so evil loses. It reminds me of my favorite movie, The Magnificent Seven (1960). There is a scene I have run over in my mind countless times that I wish I had the guts to pull off. That scene is where the star, Yul Brynner, (who plays Chris Larabee Adams) is listening to a discussion between the town’s mortician and the town’s people about how he can’t bury Indian Joe because no one will drive the horse-drawn hearse. Their town was reluctant to let Joe be buried on Boot Hill since he was a Native American. Brynner, listening to this, says, “Oh hell, if that’s all that’s stopping it, I’ll drive the rig.” Brynner saw the problem and acted with utter confidence against unknown odds. It took guts, but he had it in him and did what was right. I don’t know where supreme confidence comes from but it resides in these medal awardees’ souls, and it permeates every aspect of their lives. That’s the difference between those who act while everyone else stands by or turns their back. It’s doing what’s right at that moment in time because you know in your heart there is something overridingly profound to which we, as humans, aspire that’s bigger than any individual.

They don’t have to read in the paper about a heroic act and ask, “Could I pull that off?” It brings you into true rarified air that few have had the privilege to breathe. In the movie Ladder 49 (2004) there is a scene where John Travolta (who plays station Capt. Mike Kennedy) is giving a eulogy for a fallen firefighter and he asks, “Why is it that firemen run into a burning building when others run from it?” He answers, “It was your courage, Jack.” And to each awardee, it’s your courage. If all of mankind behaved in like terms the world would be a better place. Of all the awards and certificates on the wall of my accomplishments though, I’ve missed the one for which I would give them all up: my dad having his arm around me saying, “You did ok!” I’ll never have a chance to meet all the Carnegie awardees but I say to all of you, “You did ok!” and as they said of Richard Burton in the movie Where Eagles Dare (1968), “All sins forgiven.”

Carnegie heroes interested in interacting with other Carnegie Medal awardees are welcome to join the Commission’s private Facebook group for Carnegie Heroes.