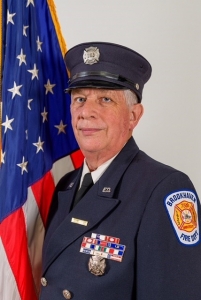 A 64-year-old retired teacher saved a woman from being struck by a train Oct. 10, 2017, in Brookhaven, N.Y. Janice C. Esposito, 43, was driving a van when it collided with another vehicle and came to rest straddling a nearby railroad track. Peter C. Di Pinto, Sr., heard the crash from his nearby home and responded. He ran to the driver’s door of the van, which was smashed and told a dazed Esposito that she needed to exit. Suddenly the crossing’s gates descended and lights flashed warning them of the approaching commuter train, traveling at 65 m.p.h. Di Pinto ran to the passenger side of the van, opened the front, passenger door, reached in, and grasped Esposito. Di Pinto pulled her through the door and moved her off the track to safety behind a signal box. The train, which had slightly slowed, struck the van about six seconds after Di Pinto had removed Esposito.