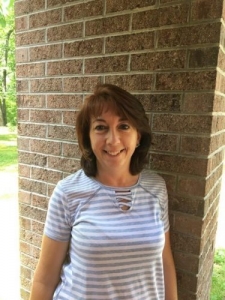 Perneice L. White, 49, emergency medical technician of Gretna, Va., rescued her 58-year old neighbor, Wayne P. Crews, who was trapped inside a burning pickup truck after a nighttime accident on March 13, 2018. As White came upon the scene on her way home from work, flames, 5 feet high, issued from the truck’s engine compartment. With no burning vehicle rescue training or experience, White ran to the driver’s door and reached her hands and arms through its open window, grasping Crews’s arm and pulling him toward her. She braced her foot on a log and pulled on him, while Crews pushed with his legs from the inside, inching him through the window. Once he was halfway out of the truck, White readjusted her grip, grasping him by the back of his jeans and shirt and pulling him through the window to the ground. White dragged Crews away from the truck and suffocated flames on his legs. The fire quickly spread to the truck’s interior. Crews sustained serious burns to his legs, along with other injuries, and died three days later.