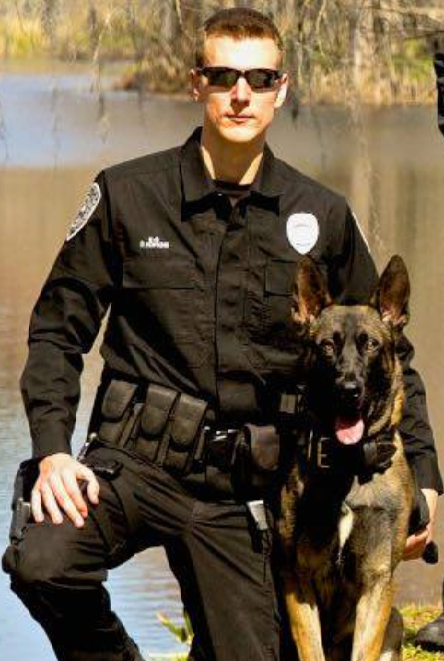 Foster, 30, was in a bedroom of her family’s one-story house after fire broke out in the adjoining kitchen at night. Flames spread throughout much of the structure and filled Foster’s bedroom with dense smoke. On duty in the vicinity, Hopkins, 26, police officer of Newberry, Florida, and his partner responded to the scene, flames by then having breached the roof of the house.

Learning that Foster was still inside the structure but blocked by flames from entering through its front doors, the officers broke out a window to Foster’s bedroom. Boosted by the other officer, Hopkins climbed through the window into the room, where the dense smoke severely restricted visibility.

Crawling, he felt for Foster, crossing the bed to find her unconscious on the floor. Hopkins lifted Foster and in a bear hug pulled her across the bed and to the window, where he attempted to get a breath of air. He then maneuvered her head first through the window to his partner and another officer who had responded, and they took her to safety. Aided by his partner, Hopkins left the burning house through the window.

He and Foster were taken to the hospital for treatment of their injuries, Hopkins’s including abrasions and minor smoke inhalation, from which he recovered.