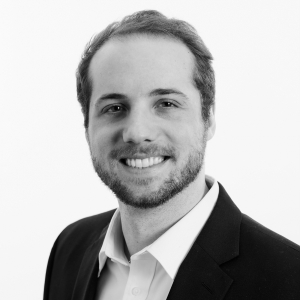 Carnegie Hero Nicholas Stephen Siokalo saved 7-year-old Chase A. Hannawacker from drowning in the Atlantic Ocean Sept. 14, 2019, off the coast of Belmar, N.J. An aunt was holding Chase while wading in the ocean when a wave carried them away from shore to deeper water. They waved and shouted for help, and 27-year-old brand strategist Siokalo, of Lutherville, Md., responded. As he swam toward them, another wave separated Chase from his aunt, with a rip current taking Chase to a point about 90 feet from shore. Siokalo reached Chase and carried him on his hip while Siokalo trod water. They submerged many times and were carried another 55 feet before alerted lifeguards responded with flotation devices and towed them to safety. Chase wasn’t injured, but Siokalo was nearly exhausted, vomited, and swallowed water. An ambulance took him to the hospital where he was treated for several hours for symptoms of near drowning. He recovered.