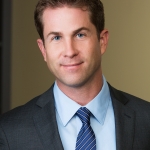 Aislinn, 9, and Schreiber, 75, were the occupants of a sedan that entered a 6-foot-deep retention pond just off the roadway and began to sink nose first in the cold, murky water.

Reynolds, 35, hydrogeologist of Claremont, California, was driving nearby and witnessed the accident. He ran to the bank of the pond, where he saw Aislinn in the back seat of the car, which was about 45 feet out. Removing his boots, Reynolds waded and then swam to the driver’s side of the car, where he told Schreiber to roll down the window of the driver’s door.

When Aislinn then moved to the front seat, Reynolds helped her through the window and positioned her onto his back. He swam her to the bank and then returned to the car, which was drifting toward the opposite bank.

By then, water had entered the passenger compartment as the car continued to submerge. Securing a hold of Schreiber, Reynolds started toward the opposite bank, which was closer. Submerging, he progressed with difficulty.

Arriving police officers entered the pond from that bank and aided Schreiber from the water.

Reynolds too left the pond, nearly exhausted, and he recovered.

All things “Carnegie” came together this spring when Nathan Ryan Reynolds was presented his Carnegie Medal in Carnegie Hall on the campus of Pomona College, Claremont, Calif., by one of Carnegie’s great-grandchildren, Linda Thorell Hills, a member of the Hero Fund’s board.  The event took place on April 22, which happened to be the 130th wedding anniversary of Andrew and Louise Whitfield Carnegie.

The venue was a natural, as Reynolds is a resident of Claremont and Hills is a graduate of Pomona.  The hall was originally a library, funded in 1905 by Carnegie, one of only two academic libraries in California given by him.  The building now houses social services offices and classrooms.

It was a special day for Reynolds, whose award was announced in December.  He and his family and friends gathered in a classroom for the presentation by Hills, who was accompanied by her son, Scott, one of the donor’s 32 “great-greats.”  Reynolds later noted that there were “several teary eyes in the audience,” as the Hero Fund’s accompanying video highlighted the “gravity of the (heroic) acts.”  Regarding his own heroic actions, Reynolds said, “We were all very lucky that day.  I’m very fortunate that everything turned out the way it did and that everyone was OK.”