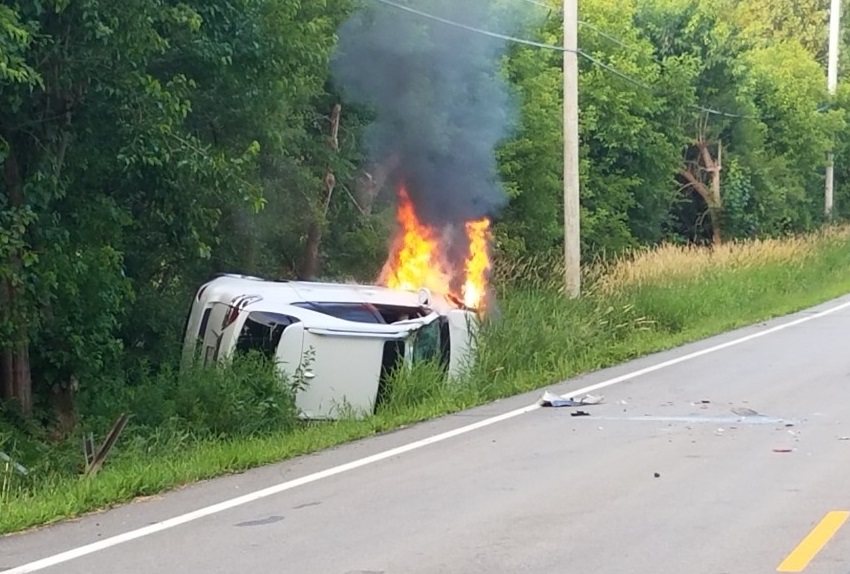 The overturned, burning vehicle about five minutes after Carnegie Hero Maciej Kosiarski rescued 61-year-old Mohanakumari Naidu from inside the car, which, on July 3, 2018, had crashed along a suburban road in South Barrington, Ill..

A 30-year-old pizza delivery driver was returning to the pizzeria July 3, 2018, when he saw an overturned SUV off a two-lane highway in South Barrington, Ill. Smoke was issuing from the vehicle’s engine, and the sole occupant, 61-year-old Mohanakumari Naidu, was trapped in the driver’s seat.

Maciej Kosiarski of Schaumburg, Ill., stopped his car and went to the scene, where he climbed onto the driver’s side of the overturned car and opened the rear, driver’s-side door. He entered the vehicle and stood on the inside of the rear, passenger-side door. Naidu tumbled down from the driver’s seat and entered the rear seat area, while Kosiarski pulled himself out of the car.