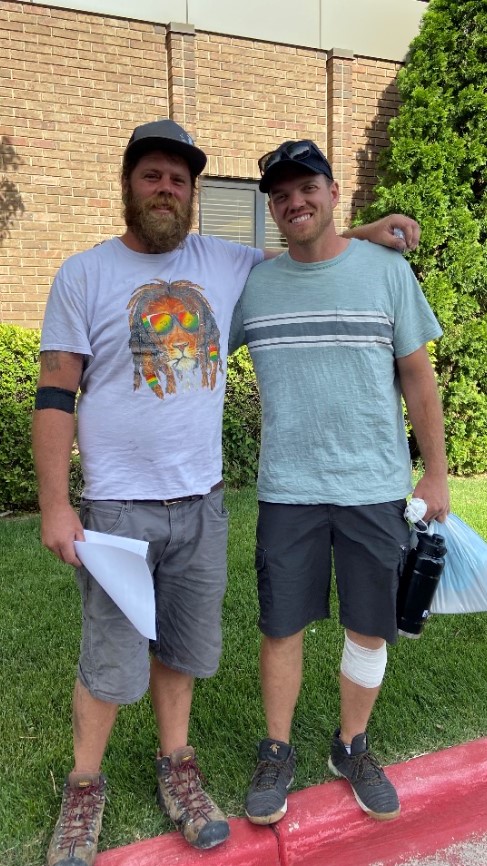 Brothers Lyle Berglund (right) and Bradley Jay Berglund (left) rescued two men from a burning plane after it crash- landed on June 25, 2020, in a Centerville, Utah, pasture and caught fire. Lyle Berglund, a 32-year-old Roy, Utah, contractor, and his 34-year-old brother Bradley Jay Berglund, a Syracuse, Utah, contractor, were driving nearby and saw the plane crash. They ran 1,000 feet to the scene and, despite flames and smoke issuing from the plane’s nose, Lyle Berglund stepped onto the wing and grasped one of the occupant’s arms. Blistering heat drove him back, but he returned and after Bradley Berglund released the man’s seatbelt, they both grasped him again and pulled him from the wreckage, dragging him away from the fire to safety. The brothers then returned to the wing. Bradley Berglund, again, reached into the cockpit and released the other man’s seatbelt. They pulled the man from the plane and dragged him to safety. Both of the plane occupants later died from their injuries. The brothers were both treated at a hospital for second- degree burns, but they recovered.