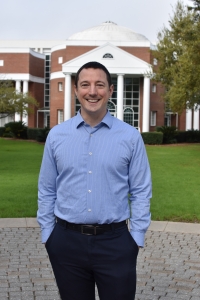 Inside a Tallahassee, Fla., yoga classroom, 33-year-old law student Joshua Ryan Quick hit a gunman with a vacuum cleaner and broom while the man was trying to unjam or reload his gun after firing it a dozen times on Nov. 2, 2018, striking six women inside the room. Quick, of Tallahassee; his partner; and the class instructor hid in an alcove inside the room, while others stayed in the main part of the room. As the assailant focused his attention on the gun, Quick grabbed a vacuum cleaner and struck the assailant. The assailant hit him with the butt of the gun. Forfeiting his opportunity to flee, Quick grasped a nearby broom and hit the assailant over the head with it, but Quick was struck by the assailant again. Two women in the room fled during Quick’s altercation with the gunman. Quick then fled himself, leading his partner by the hand. Shortly, the assailant fatally shot himself in the head. Two women died from gunshot wounds. Quick was treated at the hospital for a facial laceration; he recovered.