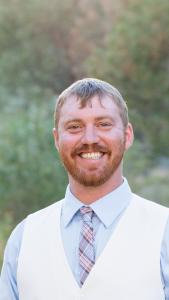 Severely injured, a 23-year-old woman was floating on her back in the approximate center of Mores Creek, or at a point about 275 feet from either bank. His attention having been attracted to her earlier, Grimmett, 33, business operator of Boise, descended the steep bank to the water’s edge, where he removed his shirt and shoes.

He entered the 50-degree water and, navigating among large boulders at the bank, waded and then swam to the woman. Grasping her by the back of her shirt, Grimmett towed her toward the bank.

Halfway there, he stopped and, floating on his back, attempted to catch his breath. Unable to do so, Grimmett resumed towing the woman the remaining distance to the bank, where he was met by others who were responding.

The woman was evacuated from the scene by boat and then flown to the hospital, where she was detained for treatment of her injuries. She recovered. Grimmett was tired and cold after the rescue but fully recovered. 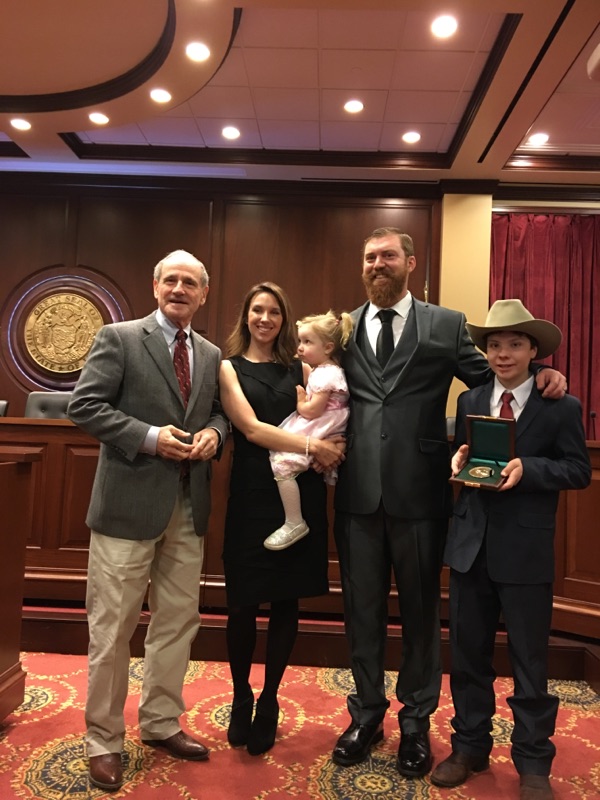 On February 22, 2017, Idaho U.S. Sen. James E. Risch presented the Carnegie Medal to Joshua Gary Grimmett, of Boise, Idaho.  Grimmett told a reporter from KTVB that there’s something much better than winning an award: the “happy ending” for the young woman whose life he spared. Grimmett was joined at the ceremony by his wife, Talitha Grimmett, and their children, Abigail, 2, and Isaac Routson, 12.