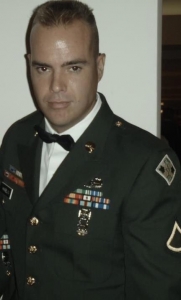 The woman was in the driver’s seat of a pickup truck that was moving slowly and erratically on a four-lane highway through a commercial district.  After striking a curb, the truck turned toward the center turning lane at about 15 m.p.h.

Headed in the same direction in his vehicle, Hamblin, 36, unemployed truck driver of Washington, Utah, saw that the woman was slumped over in her seat.  He pulled off the roadway and, despite wearing a medical boot because of recent foot surgery, ran onto the highway after the truck.

Reaching its driver’s side, he stepped onto the running board and grabbed the steering wheel through the open window of the driver’s door.  Hamblin guided the truck along the turning lane for more than 100 feet and then, as opposing traffic allowed, steered it across two lanes into a parking lot.  There, he put the truck into park and helped a responding police officer remove the woman to the pavement, where they worked to revive her.

The woman was taken to the hospital, and Hamblin, whose affected foot was bleeding heavily, also sought medical treatment.  He recovered. 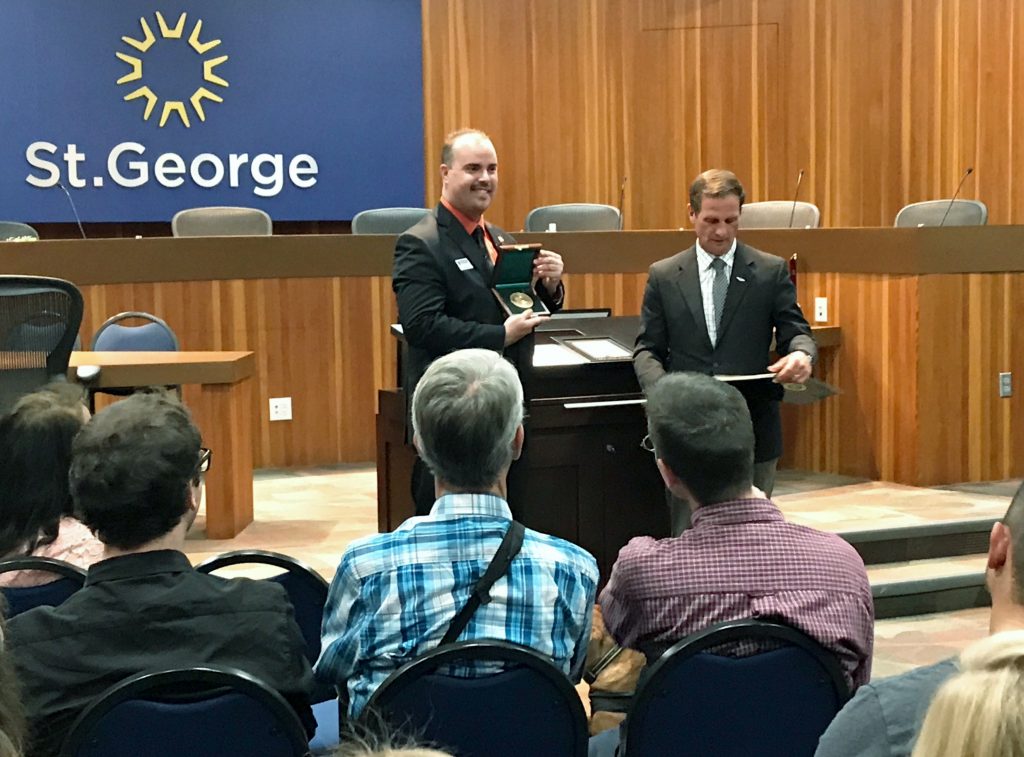 Joseph B. Hamblin received the Carnegie Medal during a April 19, 2017 presentation at the St. George (Utah) City Offices.

“Joseph chose to be a hero rather than a witness, taking bold action regardless of the risk it presented to his personal safety. Acting without hesitation and with tremendous precision, Joseph saved a life and eliminated a great risk being posed to others,” Stewart said.