The sound of a car accident woke Jeffrey Garrett, 47, in the early morning hours of Oct. 21, 2018, at his home in Elk Grove, Calif. A couple and their adult son were inside a truck that left a roadway and struck a tree, fire breaking out in the truck’s engine compartment. Following the sound of the son’s coughs, Garrett climbed over a wall and went to aid the son, who directed him to help his parents. Garrett opened a rear door and leaned inside the truck, finding the woman injured and unresponsive. He released her seat belt and carried her out of the truck. Hearing the husband call out, Garrett opened the damaged driver’s door and moved the man’s leg away from direct contact with flames that had entered the passenger compartment. Garrett leaned inside to release the man’s seat belt and then withdrew, pulling the man to his feet outside the truck. Garrett also aided the son, who had exited the truck, farther away to safety. Fire spread to engulf the truck’s cab by the time police and firefighters arrived. Scene photo courtesy of Elk Grove (Calif.) Police Department. 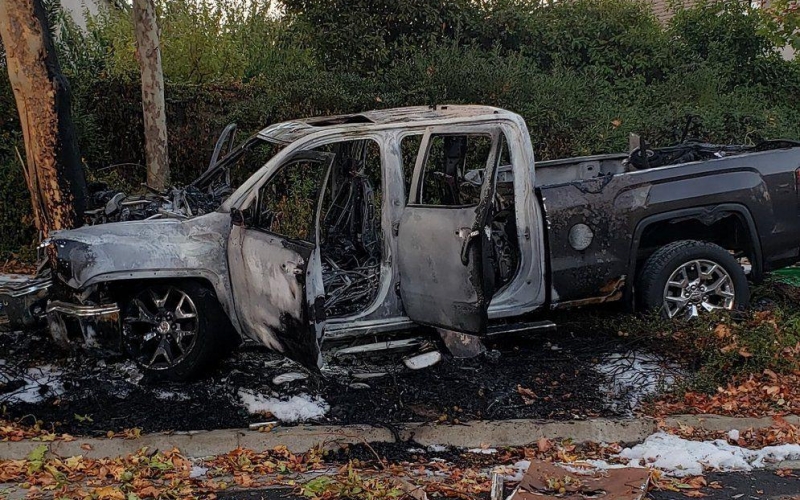