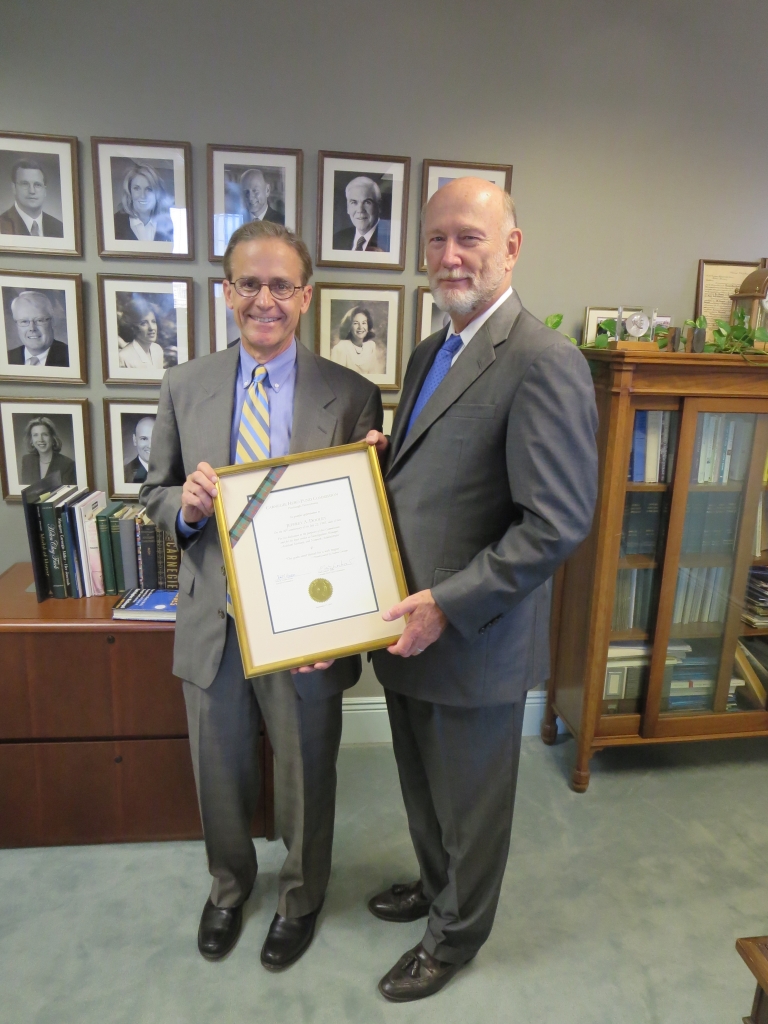 Thread for the web

Investigations Manager Jeffrey A. Dooley was recognized on Sept. 17, 2015 for his 30 years of service.  As its investigations manager, Dooley starts the awarding process for the Hero Fund by overseeing the development of all acts of heroism called to the Commission’s attention—more than 22,000 over the 25 years that he has held his title.  At the Sept. 17 Hero Fund board meeting, Dooley was at the receiving end of recognition when Commission Chair Mark Laskow cited him for 30 years’ faithful service.  A graduate of the University of Pittsburgh, Dooley joined the Hero Fund in the summer of 1985 as a case investigator and five years later was named manager.  In addition to supervising four case investigators, he is the office’s computer network administrator and the Commission’s assistant secretary.  Placed on his service commendation was an appropriate proverb, favored by Andrew Carnegie:  The gods send thread for a web begun.  Other staff service anniversaries being recognized in 2015 are Myrna Braun’s 60 years, Walter Rutkowski’s 40, and Melissa McLaughlin’s 10.   Braun is the Hero Fund’s awards coordinator and Rutkowski, who like Dooley started with the Commission as a case investigator, is president and secretary.  McLaughlin joined the investigative unit in 2005.  Hats off!