Yun Qi rescued a girl from an attacking dog, Surrey, British Columbia, June 3, 2017. A girl, 4, was playing in a residential alley when a Rottweiler approached her and attacked her, biting her leg and latching on to it. The dog dragged the girl to the ground and continued to bite her. The girl’s sister was with her, and the sister screamed for help. Qi, 33, business operator, was in his driveway nearby and heard screams. He ran to the girl and yelled at the dog, disrupting its attack on the girl. The dog released the girl’s leg and attacked Qi, biting his hand, arms, and legs. Qi was knocked to the ground and the dog pinned him there as Qi made efforts to fend him off. Qi’s father responded and, using a bicycle to protect himself, he struck the dog, disrupting its attack on Qi, who was able to escape. The girl and her sister retreated to their home. The dog’s owner arrived and took it to his residence. The dog was later euthanized. The girl was taken to a hospital where she was treated for bite wounds to her leg that required multiple surgeries. Qi was treated for a severe bite wound to his left hand that caused some permanent damage and required surgery, and additional bite wounds to his arms and left leg. 89181-10148 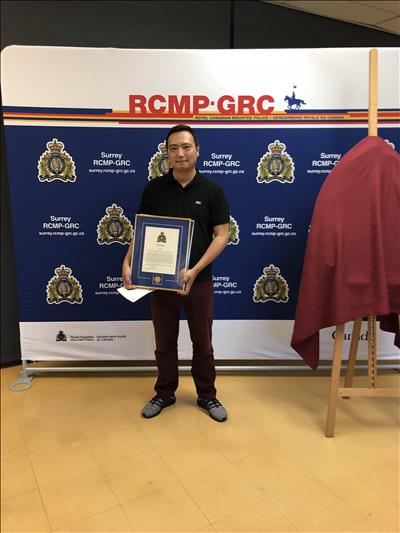