Thomas St. John Harding rescued Steve J. Felice from assault, Elmer, New Jersey, April 8, 2011. Felice, 44, a police officer, was attempting to arrest a man at night along a rural highway. Resisting, the man struggled against him, taking them to the pavement, where the man removed Felice’s handgun from its holster. The two men fought for control of the gun. Harding, 51, private investigator, drove upon the scene and saw the men struggling. Learning from Felice that the assailant had his gun, Harding approached the men, knelt, and pried the assailant’s hand from the weapon. Felice returned the gun to its holster and with Harding continued to struggle against the assailant until they were able to handcuff him. Harding sustained a sore back, from which he recovered. 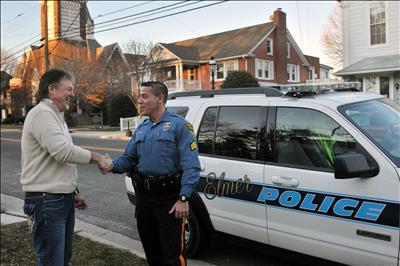