Steven Michael Paulus saved Alecia K. Lee and Kala N. Perkins from burning, Metairie, Louisiana, February 19, 2016. Lee, 20, was in the driver’s seat, and Perkins, 18, in the passenger seat, of a pickup truck that was stalled on a bridge when it was struck from behind by a vehicle traveling at a high rate of speed. Its rear end demolished and aflame, the pickup came to rest with its passenger side against the bridge’s parapet. On duty, Paulus, 43, state trooper, drove upon the scene. He approached the driver’s door of the pickup but found it jammed. With 3-foot flames issuing from the wreckage just behind the cab, in the area of the fuel tank, Paulus worked to force the door open. He then reached inside, grasped Lee, and aided her from the vehicle, handing her over to another motorist who had responded. When Paulus told Perkins, who was dazed, that she had to leave the vehicle, Perkins attempted to open the blocked passenger door. Paulus then extended most of his body into the pickup through the driver’s doorway. He grasped Perkins, pulled her across the driver’s seat, and backed from the pickup, dragging her. Perkins fell to the pavement there, and Paulus helped her to her feet. They left the immediate vicinity of the truck, flames shortly entering its passenger compartment. Lee and Perkins both required hospital treatment for their injuries. 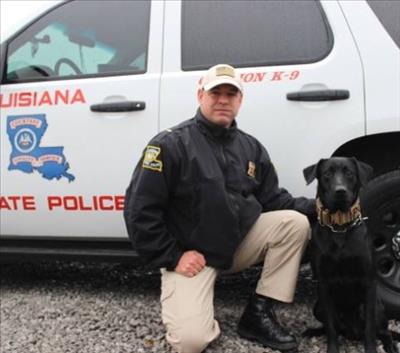