Stephanie L. Pelley helped to save a woman from drowning, Flatrock, Newfoundland and Labrador, November 9, 2015. A distressed woman intentionally leapt, fully clothed, from a remote, rocky shoreline into a cove of the Atlantic Ocean as police officers, including Pelley, 25, approached her and urged her not to enter the water. The woman called for help in frigid, deep water as she was carried from shore. Wearing her uniform, including her bulletproof vest and duty belt, Pelley jumped into the ocean and began to swim toward the woman but, weighed down by her gear, she returned to the water’s edge to remove it. Another officer, who had also removed his vest and belt, jumped into the water, swam to the woman, who held onto an exposed rock, and towed her back toward the rocky shoreline. Pelley also grasped her, and as waves broke over Pelley and the officer at the shore’s edge, the woman resisted them. Ultimately, Pelley and the officer pulled the woman onto the slippery shore and away from the water. Medical personnel evaluated the woman, Pelley, and the other officer, who were cold. They recovered. 89296-10013 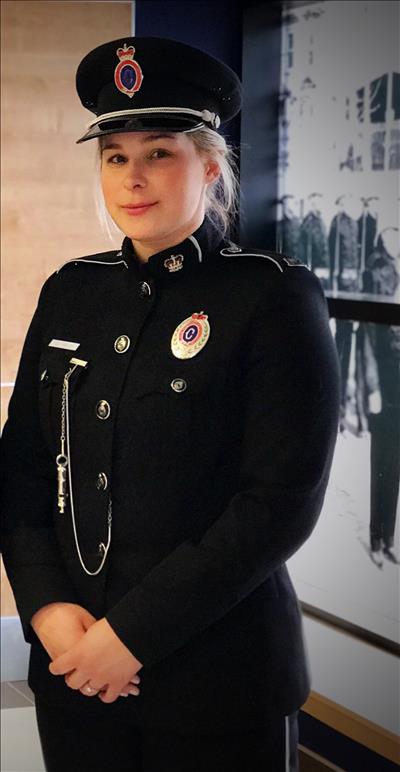