Sean R. Dias saved Diane V. Gray from burning, Braintree, Massachusetts, November 19, 2017. Gray, 70, her husband, and her son were inside their house after fire broke out in the son’s bedroom. Responding to the scene and arriving before firefighters, Dias, 37, on-duty police officer, located the husband in a wheelchair just inside the front door and aided him outside. The husband informed Dias that Gray and the son remained inside. Despite flames at the roof and a window to the son’s room, Dias entered the house at the front door into the living room. He observed fire at the doorway of the son’s room, and smoke extended from the ceiling to Dias’s waist. Dias called out and Gray answered. Dias followed her voice, locating her seated in the living room. Dias lifted Gray onto his shoulder. Disoriented by darkness and smoke, Dias had difficulty retracing his path to the door. Ultimately, Dias found the door and exited with Gray. Dias went to his knees to catch his breath, and Gray was helped farther away from the home by another officer. Heavy fire prevented firefighters from rescuing Gray’s son, who did not survive. Gray was hospitalized for inhaling smoke, but she was not burned. Dias was treated at a hospital for smoke inhalation; he recovered. 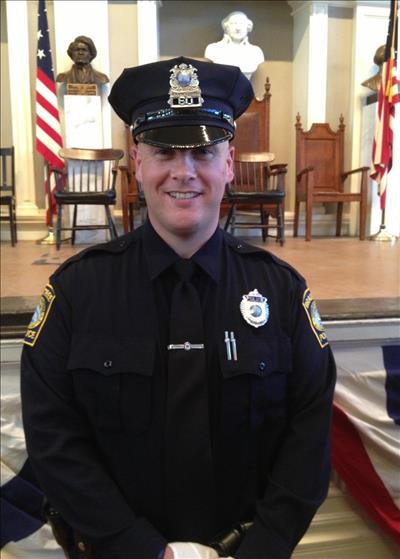