Scott Ullom helped to rescue Eric J. Stroud, Jr., from a burning vehicle, Waynesburg, Pennsylvania, August 3, 2018. Stroud was trapped in a sport utility vehicle after the vehicle left an interstate highway at night, overturned, and came to rest upright and partly on the road. Stroud’s vehicle caught fire. Ullom, 59, paramedic, was on duty and dispatched to the accident in an ambulance with a male co-worker. Upon arriving at the scene, Ullom ran to the SUV but was unable to open the driver’s door. As the co-worker used a fire extinguisher to fight the fire, Ullom went to the rear of the SUV and entered its cargo area through the rear hatch door. Ullom crawled to Stroud, 24, who was entangled in his seat belt. The seat belt was removed and Ullom grasped Stroud and pulled him into the cargo area. Ullom and his co-worker then removed him from the vehicle and away from the SUV, which was shortly engulfed by flames. Stroud sustained severe head injuries and burns to his legs and hands. 90344-10154 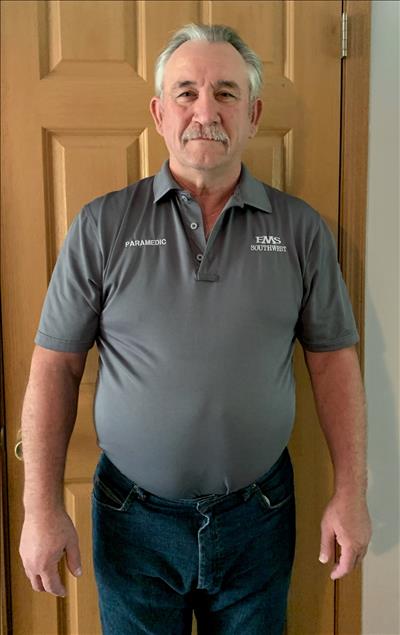