Ryan Thomas Nelson rescued Matthew J. Heisler from burning, Grand Forks, North Dakota, March 16, 2014. Heisler, 21, was alone in the one-story house he rented with three other college students after fire broke out in the kitchen at night. One of his roommates, Nelson, 21, discovered the fire as he was returning home. He opened the front door to dense smoke and entered, shouting for Heisler, but the smoke forced him back outside. Nelson then ran to the rear of the structure and broke out a window to Heisler’s bedroom. He climbed through the window, searched the room, and then exited the house after not finding Heisler there. Returning to the front of the house, he re-entered again, crouched, and in dissipating smoke saw Heisler lying unconscious on the floor of the living room, several feet from the door. Nelson went to Heisler, grasped him under the arms, and dragged to the front door and to safety, where he worked to resuscitate him. Heisler was taken to the hospital and died there of smoke inhalation. Nelson also required hospital treatment for smoke inhalation, and he fully recovered. 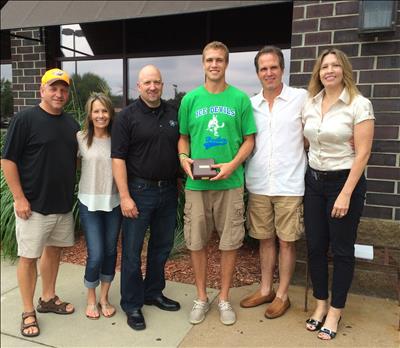