Ronald Norman Grant saved Susan G. Thrush from being killed by a train, Whitefish, Ontario, October 17, 1962. Wandering onto a railroad track on which a freight train was approaching at 40 m.p.h., Susan, 2, sat between the rails. Ronald, 12, schoolboy, was attracted at his home 125 feet away. He ran over uneven ground, jumped a fence, and ascended the railroad embankment, reaching the track when the train was 100 feet away and approaching at undiminished speed. Ronald placed one foot between the rails, stooped forward, and grasped Susan with both hands. He lifted her from the track and threw himself backward out of the path of the oncoming train when it was within 40 feet of him. Ronald rolled down the embankment with Susan as the train passed without stopping.

It is with great shock and sadness that we announce the passing of Ronald Norman Grant on July 31, 2020, at the age of 70. Ron, was a recipient of the Carnegie Hero Fund Commission’s Carnegie Medal in recognition of an outstanding act of heroism at the age of 12.
Ron’s act of heroism and recognition by the Carnegie Hero Fund Commission and that of the Boy Scouts of Canada who awarded Ron with a Gilt Cross and Bar Medal paved the way for Ron’s interest in community, family and a commitment to a strong work ethic of honor and loyalty.

He was committed to his family, his friends, his work and his community. He passed at his “happy place” in Ontario and will be deeply missed by his wife, his daughter and son-in-law, his son and daughter-in-law and his 4 exceptional grandchildren; his extended family in Ontario and numerous business associates. RIP Ron….Later Gator!!! We’ll Meet Again!!! 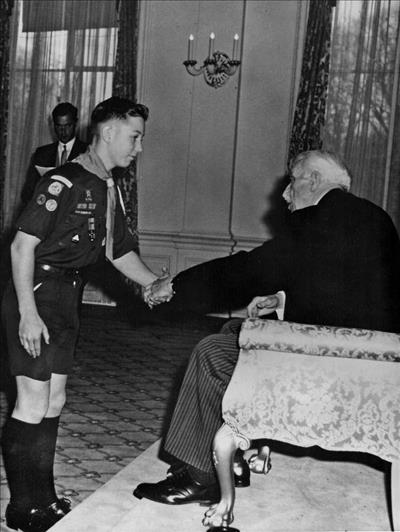