Roger Combs helped rescue Jack H. Pylman from burning, Westmoreland, New York, June 21, 2021. Pylman, 72, was the driver of a pickup truck that left a highway, struck a utility pole, overturned onto its roof, and came to rest a short distance from the pole, the top portion of which fell onto the truck’s undercarriage. A fire broke out, engulfing the truck’s undercarriage, and a downed electrical wire along the grass shoulder sparked and smoldered. Driving toward the scene when he saw the flames, Combs, 74, retired information technology specialist, stopped at the scene, approached the truck, and found Pylman, whose upper body was severely burned, screaming for help at the driver’s window, where his lower body was pinned inside the truck. The fire was intense. At his side, another man had difficulty removing Pylman on his own and called for help. Combs stepped over the wire and went to the truck despite popping sounds. With each grasping Pylman’s arms and hands, Combs and the man pulled Pylman free and dragged him about 15 feet. Arriving medics tended to Pylman, who was taken to a hospital. He died one week later.
91967-10299 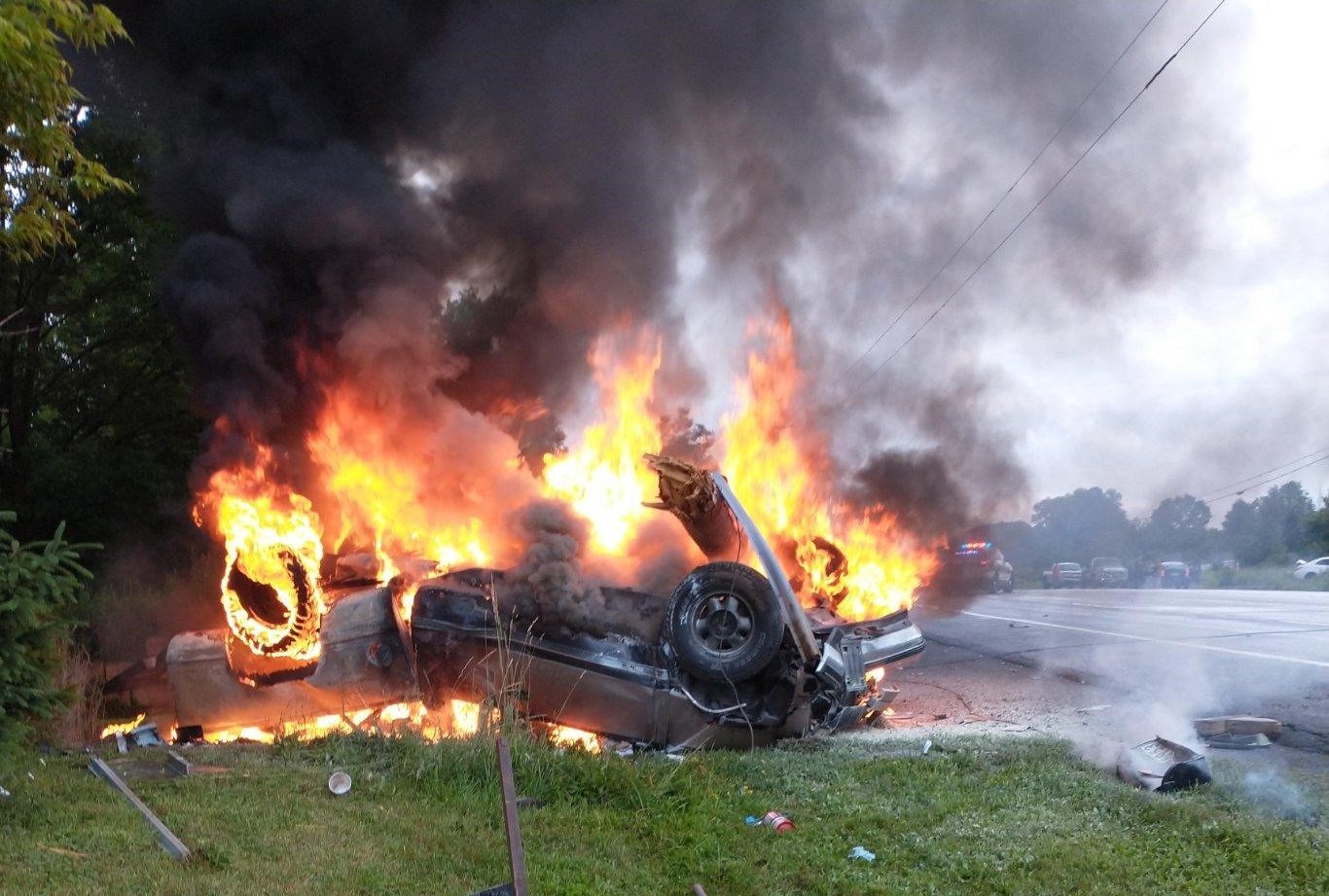