Robert A. Pritchard, Jr., saved Hattie Fowler from burning, Jacksonville, Florida, June 17, 2014. Hattie, 6, was in a bedroom of her family’s mobile home after flames erupted in that room. Standing at the bedroom window, she attracted the attention of Robert, 13, student, who was in the immediate vicinity. Robert advanced to the front door, opened it, and entered the structure, finding visibility inside obscured by smoke. Hearing Hattie cry, he proceeded to a hall that accessed the bedroom and, standing in the bedroom doorway, called to her. She ran into his arms. He picked her up and, carrying her, retraced his steps to the front door and exited the house to safety with her as flames spread rapidly in the structure. Four members of Hattie’s family died in the fire. Hattie required hospitalization for treatment of smoke inhalation. Robert was checked at the scene by medics for minor smoke inhalation, from which he fully recovered. 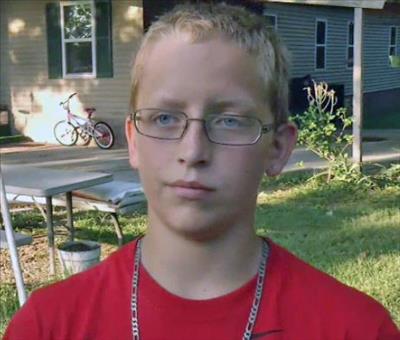