Peter C. Di Pinto, Sr., saved Janice C. Esposito from being struck by a train, Brookhaven, New York, October 10, 2017. Esposito, 43, was driving her van through a railroad crossing at night when a collision with another vehicle occurred and her van was pushed onto a railroad track where it straddled both rails. Di Pinto, 64, retired teacher and off-duty volunteer firefighter, heard the crash from his nearby house and drove to the scene. He ran to the driver’s door of the van, which was smashed, and told Esposito, who was dazed, that she needed to exit the van. Suddenly, the crossing’s gates began to descend and warning lights flashed as an eastbound commuter train approached them at 65 m.p.h. Di Pinto ran around to the passenger side of the van and opened the door, then reached in and grasped Esposito, who was having difficulty moving. Di Pinto pulled her out through the door when the train was several hundred feet away. Di Pinto quickly moved Esposito off of the track and to safety behind a nearby signal box where they sought shelter. The train, which had slowed to about 60 m.p.h. struck the van about six seconds after Esposito had been removed. The van was thrown off of the track and into nearby vegetation. Esposito was treated at a hospital for minor injuries. 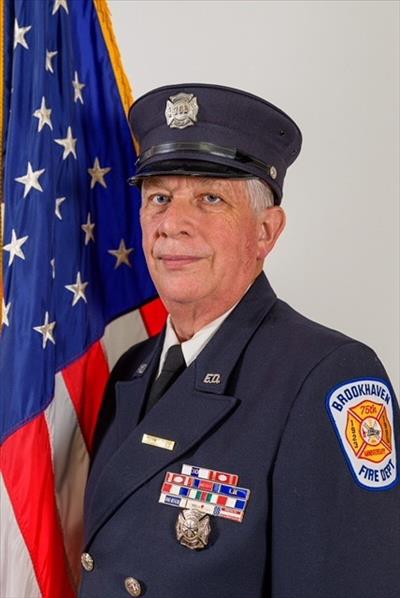