Perry Hookey helped to save William D. Ballard from burning, Vallejo, California, January 10, 2013. After a highway accident, Ballard, 43, was trapped in the burning wreckage of the cab of the tractor-trailer he had been driving. Off duty nearby, Hookey, 47, paramedic, heard the accident and immediately responded to the scene, where he saw Ballard suspended by his safety belt in the wreckage, flames overhead. He and another man who had responded removed pieces of the wreckage to provide access to Ballard and, despite intense heat in the cab, worked to free and remove him. The tractor was shortly engulfed by flames. Ballard was taken to the hospital, where he died of his injuries. Hookey sustained first- and second-degree burns to an arm, for which he received hospital treatment. 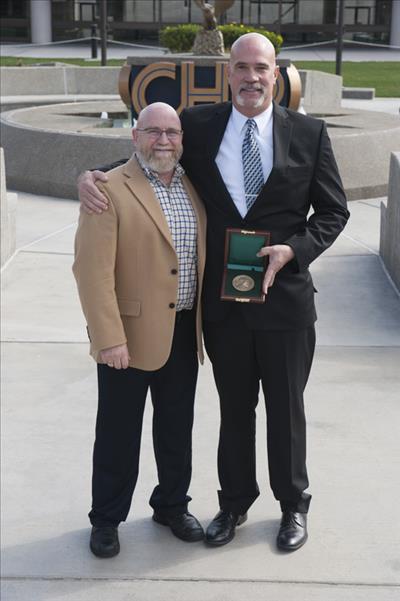