Michael Eugene Chestnut saved John J. Keuper III, Chance E. Augenstein, and Maxwell R. Millbourn, from burning, Foster, Kentucky, August 24, 2017. Sixteen-year-olds John, Chance, and Maxwell were seat-belted inside a four-door sedan that had overturned and caught fire following a collision with a van on a narrow, country road. Coming upon the scene less than a minute later, Chestnut, 59, retired tractor-trailer driver, stopped and heard the semi-conscious teens moaning and calling for help. Chestnut ran to the sedan with a knife and a fire extinguisher and called 911 on his cell phone. Chestnut crawled through the driver’s window and cut part of the seat belt that restrained John, who was upside-down in the driver’s seat. He then handed the knife to John to cut another portion of the belt. Retrieving a second knife from his truck after the first broke, Chestnut grasped John, who had fallen from his seat, and dragged him from the vehicle. Chestnut then discharged the extinguisher to suppress flames burning on the underside of the engine compartment and issuing from the floorboard. Crawling into the sedan through the rear, passenger-side window, Chestnut cut Chance’s seat belt and dragged the teen, who was nearly 100 pounds heavier and more than a foot taller than Chestnut, to safety. As the fire intensified, Chestnut returned to the sedan a third time and pulled Maxwell to safety. John was hospitalized for four days for treatment of broken bones and other injuries; he recovered. Chance and Maxwell were each hospitalized for several weeks for multiple broken bones and other serious injuries. The teens were not burned. 89376-10034 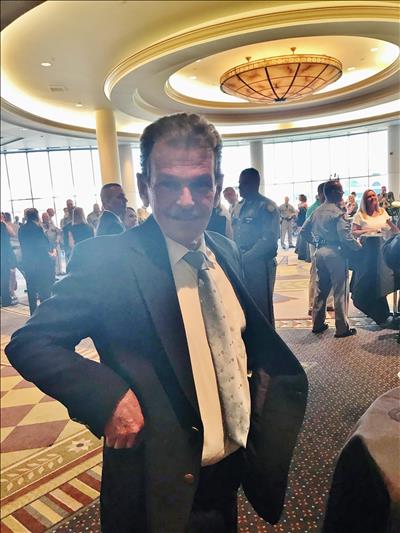