Mark S. McAuliff helped rescue a girl from drowning, Seaside Park, New Jersey, August 16, 2019. The girl, 16, was in waist-deep water of the Atlantic Ocean off an unguarded beach when a swift rip current pulled her farther from shore into deeper water. McAuliff, 54, retired carpenter, was driving on the beach when the girl’s sister alerted him that the girl was in distress. McAuliff, seeing the girl waving for help in the water, parked his vehicle and called 911. Despite a swift current and rough surf, McAuliff, a poor swimmer, donned a life jacket, ran into the water, and swam to the girl. Upon reaching her, the girl grasped McAuliff’s neck. McAuliff turned her around and, grasping the girl under her arms, held her up above the water’s surface. McAuliff attempted to swim toward shore with the girl, but the current thwarted his efforts. Lifeguards responded to assist and, towing a rescue rope equipped with flotation buoys, swam out to McAuliff and the girl, reaching them at a point about 180 feet from shore. McAuliff and the girl each grasped a buoy, and the lifeguards towed them into shore using the line, as more emergency personnel on shore pulled in the line. Onshore, the girl vomited water and was taken to the hospital. McAuliff was nearly exhausted and checked at the scene, but he did not require further treatment. He recovered. 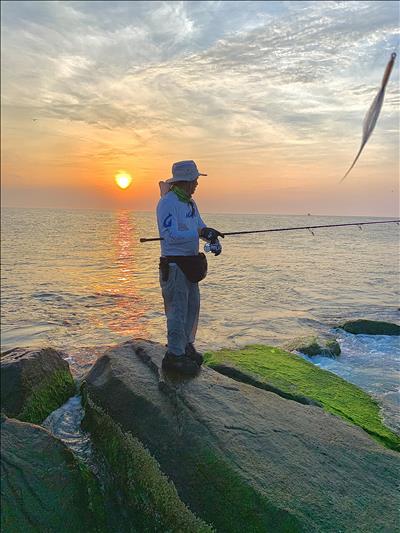