Kyle Van Note helped to rescue Andreas Kruizenga from burning, Cresco, Pennsylvania, August 25, 2016. Kruizenga, 65, was the driver of a car that overturned in a nighttime accident on a rural road. A fire started at the car’s front end and smoke filled the interior; Kruizenga yelled for help. Van Note, 32, police officer, arrived about the same time as a man who lived nearby. Van Note and the man attempted to open a damaged front door but, due to smoke, could not see Kruizenga inside. They moved to a rear door and opened it. Kruizenga’s hand soon appeared through the smoke. Van Note leaned into the car, grabbed the hand, and pulled on Kruizenga, whose body was stuck. The man, too, grasped Kruizenga, and together they pulled him from the car. As Van Note dragged Kruizenga, whose pants were burning, farther away, the man attempted to smother the flames with a floor mat before pulling the pants off. Van Note and the man then carried Kruizenga toward Van Note’s patrol car as flames grew. Kruizenga was hospitalized for burns to his legs and arms. He recovered. 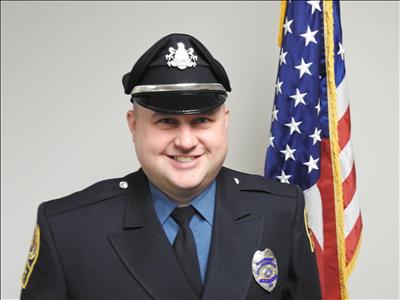